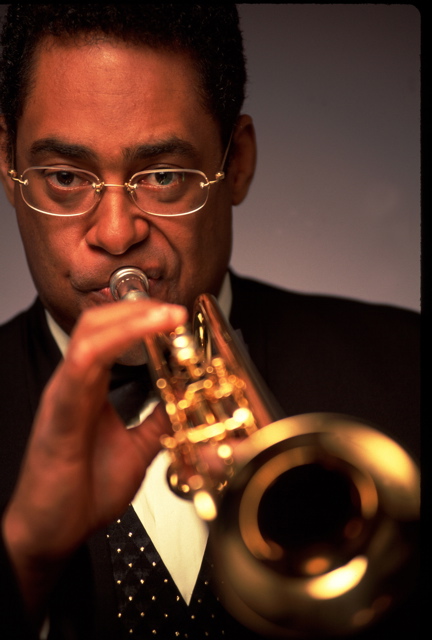 NEWPORT, R.I. – World-renowned trumpeter, composer, conductor and educator Jon Faddis—who was declared as “the best ever” by the legendary John Birks “Dizzy” Gillespie—will conduct a master class and workshop for high school students on Saturday, May 5 from 10 a.m. to 4 p.m. at Salve Regina University.

The free program, “Pathways to Jazz, ” which is being sponsored by the Newport Festivals Foundation, Inc. and the Salve Regina University Department of Performing Arts, has attracted student musicians from throughout southern New England.

“The Newport Festivals Foundation and Newport Jazz Festival are pleased to build upon our long-time relationship with Salve Regina University and Jon Faddis to present this master class for area high school students, ” said George Wein, producer/founder of the Newport Jazz and Folk Festivals and Chairman of the Newport Festivals Foundation. “Education initiatives are an important goal of the Foundation's mission and we are looking forward to helping young musicians develop their skills and mindsets as they consider future careers in music.”

Faddis remains true to the tradition of honoring mentors who taught him, regularly leading master classes and clinics worldwide, and also teaching as a full-time faculty member at the Conservatory of Music, Purchase College-SUNY (where he is artist-in-residence, professor and director of jazz performance).

As a trumpeter, Faddis possesses a virtually unparalleled range and full command of his instrument, making the practically impossible seem effortless. Born in 1953, Faddis began playing at age 8, inspired by an appearance by Louis Armstrong on television. Meeting Dizzy Gillespie at 15 proved to be a pivotal beginning of a unique friendship that spanned over three decades. Shortly after his 18th birthday, Faddis joined Lionel Hampton’s big band, moving from Oakland, Calif. to New York.

His distinctive trumpet appears on hundreds of records and numerous soundtracks for film and television. His original works include the Jazz opera Lulu Noire (1997) as well as compositions on his Grammy-nominated Remembrances (Chesky 1998), Hornucopia (Epic 1991), Into the Faddisphere (Epic 1989) and Teranga (Koch 2006).

The Newport Festivals Foundation was founded by George Wein in 2010 to build up and continue the legacies of the famed Newport Jazz Festival and Newport Folk Festival. Under the auspices of the Foundation, the Newport Jazz Festival presents performers who respect and honor jazz music traditions, and at the same time reflect the changes in today's musical trends. Through the establishment of partnerships with local high schools and colleges/universities, the Foundation will present programs to educate young people about jazz music as presented at the annual festival. Founded by the Sisters of Mercy in 1947, Salve Regina is a private, coeducational university offering a comprehensive and innovative liberal arts education in the Catholic tradition that fosters the development of each student’s distinct and individual talents. Accredited by the New England Association of Schools and Colleges, the University enrolls more than 2, 500 undergraduate and graduate students from across the U.S. and around the world.