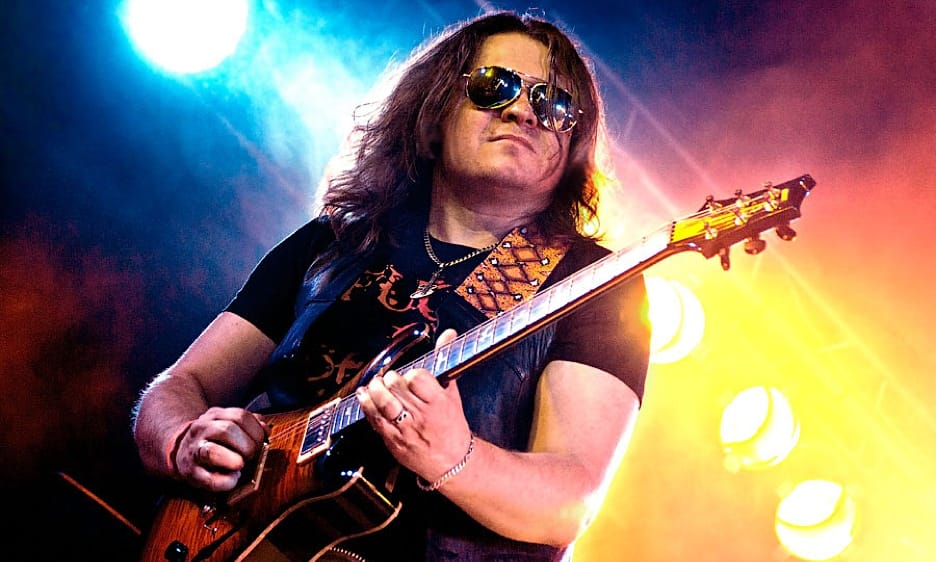 SOURCE: ALL ABOUT JAZZ PUBLICITY
February 14, 2020
Sign in to view read count

Roman Miroshnichenko is a virtuoso guitarist, one of the premier guitarists of new generation in Europe, who cares the candle of jazz-fusion. He has been nominated and multi-awarded in more different international most prestigious musical contests than anyone of Russian jazz musicians.

Roman was born in 1977 and his first musical experience was on drums. However, when he was fourteen he took lessons from a different guitarists who introduced him to a wide variety of blues-rock guitar. As time went on, Roman became increasingly more interested jazz-fusion and he was heavily influenced by such guitar legends as John McLaughlin, Paco De Lucia, Larry Coryell and Al Di Meola. In 2002, Roman founded his own band, RMProject, and has been touring since then all across Europe, Asia, and the USA on a regular basis. Miroshnichenko is a frequent visitor at many biggest music exhibitions and festivals.

In 2013 Hal Leonard Books released “The Great Jazz Guitarists” encyclopedia, the most comprehensive guide to jazz guitarists ever published (from Django Reinhardt to Les Paul, Jeff Beck and beyond) with information about Roman Miroshnichenko.

In April 2015, was out the legendary guitarist Steve Vai’s double disc DVD “Stillness in Motion, includes a bonus disc premiering “The Space Between the Notes”, a revelatory video diary comprised of behind-the-scenes during Vai’s epic “Story of Light” World Tour and rehearsal and the show moments of Steve's joint performance with Roman Miroshnichenko’s rock-band and symphony orchestra as well.

“Roman is a magnificent guitarist and 'the real soldier' who has perfect feeling of my music along with phenomenal technique”. – Steve Vai noted.

For a few years, Roman cooperated with the ‘Godfather of fusion’ Larry Coryell. In May 2015, a new and vibrant production “War&Peace, The Opera” by Larry Coryell, featuring “The Philharmonic Orchestra”, along with a jazz trio of Roman Miroshnichenko and Slovenian Academy of music Ljubljana choir was well received at “World Of Guitar” festival.

Larry Coryell commented on Roman’s playing: “It is a wondrous aspect of the modern guitar evolution that a young Russian could faithfully embrace the Spanish/Gypsy culture with such accuracy.“

Al Di Meola, the legendary guitarist, commented on the release: «Roman's adventurous complex playing and songs take the listener on a tour de force journey. Carrying on with a great tradition of fusion well done!»