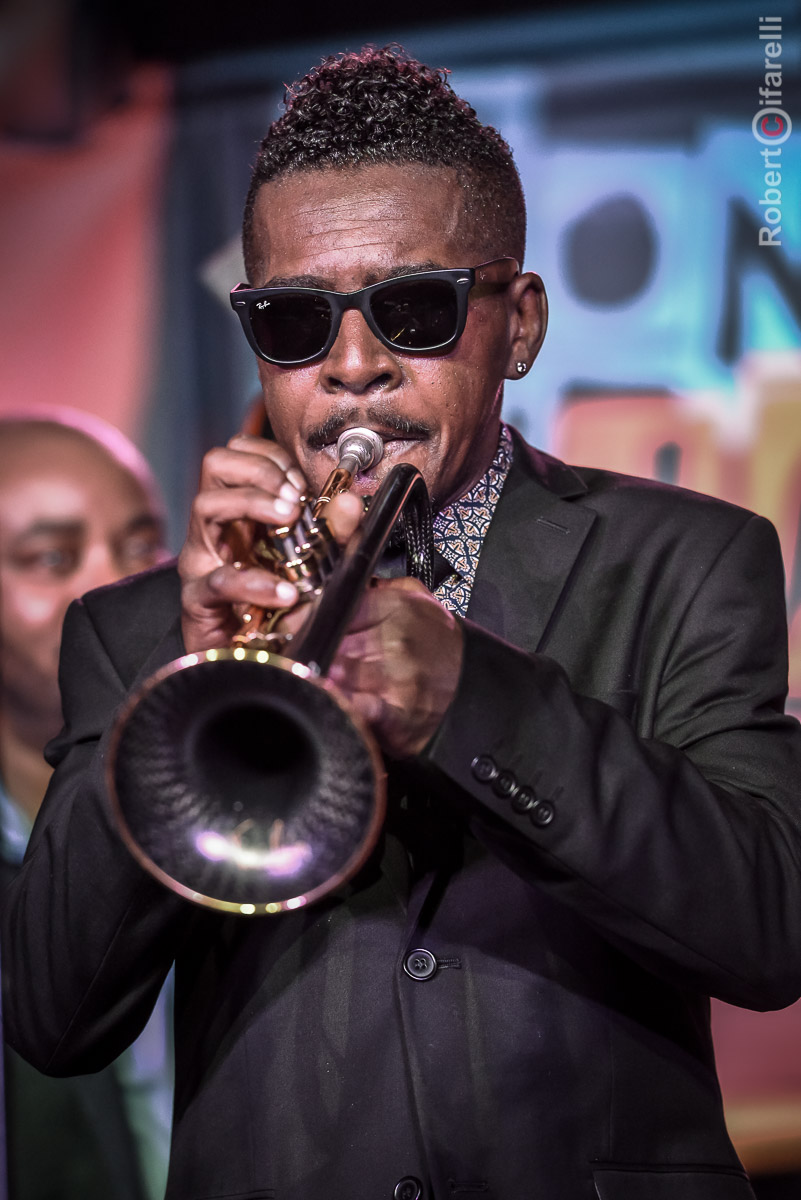 slideshow
Trumpeter Roy Hargrove died of a heart attack in New York yesterday at the age of 49. Hargrove was one of a coterie of young musicians who came to prominence following the sudden superstardom of fellow trumpeter Wynton Marsalis in the 1990s. Record companies scrambled to find their own Marsalises. Hargrove became famous not long after he was graduated from the Booker T. Washington High School for the Performing Arts in Dallas, Texas. His technical accomplishments, youth, personality and attractiveness brought him a contract with RCA’s Novus Records. By his early twenties he had won two Grammy awards.

His longtime manager Larry Clothier told NPR News that Hargrove had been undergoing years of dialysis as treatment for kidney failure. In a 1996 piece that I wrote for Texas Monthly, I quoted Clothier’s recollection of a 1987 jam session in which Hargrove sat in with Marsalis at the Fort Worth jazz club Caravan of Dreams.

Marsalis had heard Hargrove earlier and told Clothier, “Man, I heard this little kid today that’s gonna be a bitch. No, that’s wrong, that kid’s a bitch today.”

He was like this, Clothier says, drawing his head into his shoulders and casting his eyes to the floor. Wynton said, “You want to play something?” and he sort of shrank and looked down and nodded. And I thought, man, this kid’s scared to death. But when it came time, you could just see him draw himself up and expand. And it was like Wynton said. He was a bitch.

That spring, Clothier persuaded other jazz stars at Caravan Of Dreams to let Hargrove sit in. Among them were vibraharpist Bobby Hutcherson, pianist Herbie Hancock and alto saxophonist Frank Morgan. Hargrove listened at the back of the stage while Hancock, bassist Buster Williams and drummer Al Foster soloed. Herbie and the guys were still struggling with this piece Buster had written,” Clothier says. “They thought Roy had decided not to try, but he stepped up to the microphone and played the hell out of it. Herbie almost fell off the stool ‘cause Roy had it and they didn’t.”

Like many trumpeters, Hargrove had a side love affair with the trumpet’s mellow cousin the flugelhorn. He excelled at summoning the flugel’s depth and warmth, as in this performance conducted and introduced by trombonist Slide Hampton at the Internationale Jazzwoche Burghausen in Wackerhalle, Gemany in 2007.

At this writing, funeral arrangements for Hargrove have not been announced.