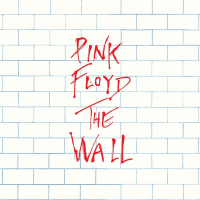 slideshow
Roger Waters is considering staging a performance of Pink Floyd's 1979 classic “The Wall" on the US-Mexico border as a protest against the immigration policies of US President Donald Trump.

Waters has previously used the album as a protest tool, famously performing the work in Berlin in 1990 to commemorate the end of the Berlin wall in the previous year.

Speaking to the Agence France-Presse news agency in London late last week, Pink Floyd co-founder Rogers noted that he felt the message behind The Wall was just as relevant today.

“There will first need to be an awakening against these far-right policies. The sewers are engorged by greedy and powerful men as I speak to you,” Waters told AFP. “Music is a legitimate place to express protest,” he added. “Musicians have an absolute right, a duty, to open their mouths to speak out.”

Rogers has been a vocal critic of Trump since the election. His performance at Goldenvoice's Desert Trip festival last year included visual displays with an anti-Trump message, linking the controversial businessman turned politician with racist and fascist themes and imagery.