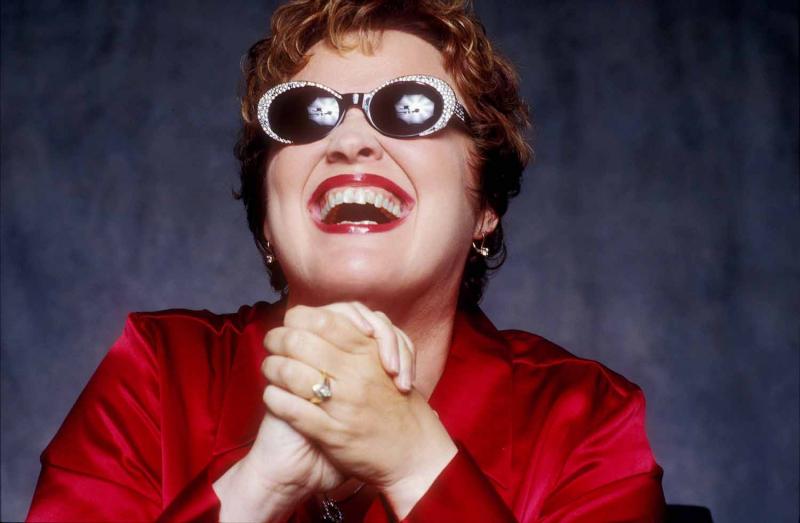 slideshow
Rockwired.com has been keeping itself busy with the daily online radio show Rockwired Radio Profiles and its weekly two-hour program Aboriginal Sounds. Now, the music website is on the eve of launching its latest weekly show Jazzed and Blue: Profiles in Blues and Jazz on Sunday, June 12, 2011 at 12pm (EST). The two-hour show will be hosted by Rockwired founder Brian Lush and will be available for both streaming and download at Rockwired.com. “Personally, I am truly excited to be getting this show off the ground!" confesses Lush “Along with all of the excitement is a great deal of anxiousness as well. Jazz and Blues are nothing new to me but to build a show around these sounds is something else. Adding to the pressure is having a legend like Diane Schuur on the premiere show"

The premiere edition of Jazzed and Blue will feature music and interviews from Grammy winner Diane Schuur, the versatile acoustic jazz sounds of the Washington D.C.- based band Veronneau and the earnest musicality of jazz pianist Randell K.

Diane Schuur (nicknamed 'Deedles') is the winner of two Grammy Awards and has headlined many of the world's most prestigious music venues including Carnegie Hall and the The White House and has toured the world performing with such greats as Quincy Jones, Stan Getz, B.B. King, Dizzy Gillespie, Maynard Ferguson, Ray Charles and Stevie Wonder. She has just released her latest CD The Gathering through Vanguard Records. This new release features guest appearances by Alison Krause, Vince Gill, Mark Knopfler, Larry Carlton and Kirk Whalum.

Véronneau is an acoustic, song-based group playing Latin Jazz, Gypsy Swing and much more. Equally at home in an intimate jazz club, world music or folk festival, Véronneau are audience favorites performing in English, French and Spanish. Lynn Véronneau lights up the stage, engaging the audience with her vocal interpretations. The acoustic guitars of Ken Avis and David Rosenblatt and percussion of Pete Walby provide the rhythm, harmony and energy to propel the music from Brazilian samba, to French chanson to standards of The American Songbook. Together they bring fluidity and playfulness to the tunes. The multi-national band performs music inspired by jazz from around the world. Pieces such as “Blue Skies," “La Mer," and “Like the Gentle Rain" reflect their distinctive original sound, authentic but never conventional. Véronneau's first album release Joie de Vivre (Joy of Living) is sure to thrill.

Randell K. is a jazz performer on the rise. He has been nominated for the Los Angeles Music award for Jazz Artist of the Year of 2011. Simple categorization often seems futile. But this diversification has enabled him to collaborate with an array of musical talents. In conceiving his CD he was privileged to be produced by people with different but very extensive musical backgrounds. Keg Johnson and William Zimmerman are both pioneering producers who've collectively worked with the likes of Will Smith, Levert, L.L. Cool J, The Spinners, The Whispers, Gladys Knight. Kevin Toney, one of the original Blackbirds, has gone on to become an internationally celebrated jazz pianist. All three have put their distinctive marks on Randell K's tracks.

The decision to bring this Jazzed and Blue to life wasn't made simply to do another show. The decision was inspired by friendship. “Back in 2005, when Rockwired.com was a fledgling website and I was doing weekly radio show in Anaheim, California, I had all of these ideas for the kind of music and artists that I would feature." says Brian Lush of Rockwired Media LLC “However, some of the first people that reached out to Rockwired introduced me to jazz music and because of this, I always view the early years of Rockwired as my education in jazz. The websites' evolution from online magazine to online radio station and the direction that our two shows have taken, it has been difficult to fit jazz music into our programming. With Jazzed and Blue, we can highlight this vibrant music once again and I get a chance to work with dear old friends again!"

“In a way, jazz music kind of got Rockwired its start and I would love to continue the journey that this music has brought us on." says Lush. “I think that Jazzed and Blue will be an exciting addition to Rockwired.com and that we will be able to continue with our tradition of diversity in music."

Rockwired Media LLC will be continuously accepting submissions for Jazzed and Blue. While the show promises to showcase established jazz and/or blues recording artists, it will also be a platform for new talent. Any talent wishing to be considered for this future show may submit mp3s and/or WAV files and any additional promotional materials to [email protected]

ROCKWIRED MEDIA LLC is the owner and publisher of ROCKWIRED.COM. The New Mexico-based firm also produces the online radio shows ROCKWIRED RADIO PROFILES and ABORIGINAL SOUNDS out of its studio ROCKWIRED SOUND. The firm was established in Southern California under the name BRIAN LUSH PRODUCTIONS back in 2004 until it had moved its base of operations to New Mexico in 2009. ROCKWIRED MEDIA is an American Indian owned business.