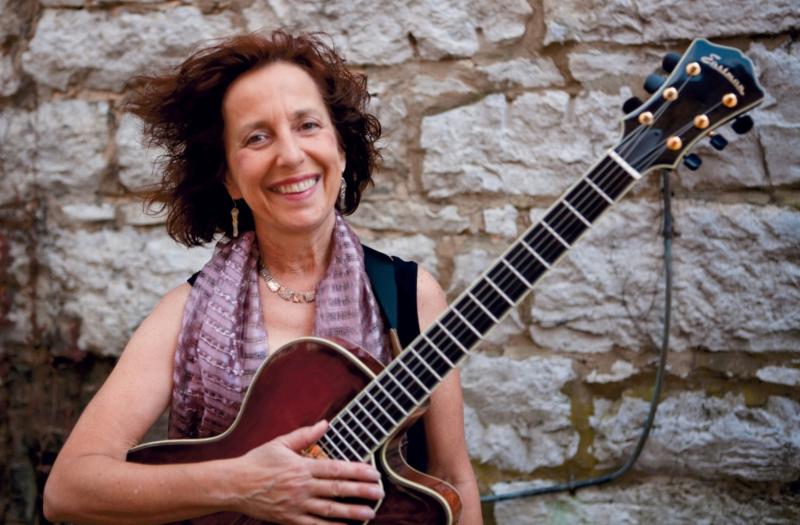 The latest edition of Jazzed and Blue: Profiles in Blues and Jazz is now available for download at Rockwired.com. This edition is something of a departure of the previous two editions. Things get started with music from and exclusive interview with acclaimed jazz singer-songwriter Barbara Martin. In this opening segment, Martin discusses her latest release Eyes on the Horizon and her evolution from a folk singer to a writer and performer nuanced in the subtleties of blues and jazz. The second half of this edition of Jazzed and Blue will feature all-new music from such jazz and blues artist as Dee Dee Bridgewater, Diane Schuur, Hulon, Elvin Bishop, Victor Wainwright, Le Veronneau, Kellylee Evans and Tracy Nelson. “Usually, our show features three interviews with music but this is a chance for listeners to et an idea of what to expect on future editions of our show." Says Jazzed and Blue host Brian Lush “Hearing all of this great music from all of these great artists really has me excited about the future of the show and featuring an artist like Barbara [Martin] is just icing on the cake."

Named one of ten worthy jazz singers by Jazziz Magazine and garnering a Parent's Choice Silver Honor Award for her children's recording From Ragtime to Rock and Roll, Barbara has recorded and produced eight albums including her latest release Eyes on the Horizon. Barbara has been writing and performing original songs since her teen years, when even then a high school rock band took notice of a song she performed at a talent show and asked to use it. Since those early beginnings she has won numerous awards, the latest a Silver Award in the Vocal Blues and Jazz category at the Mid-Atlantic Song Contest for her song “Kaleidoscope," and she has placed songs with other artists and in TV and film. Barbara has also written scores for theatrical performances.