Roberto Fonseca returns with "Yo" 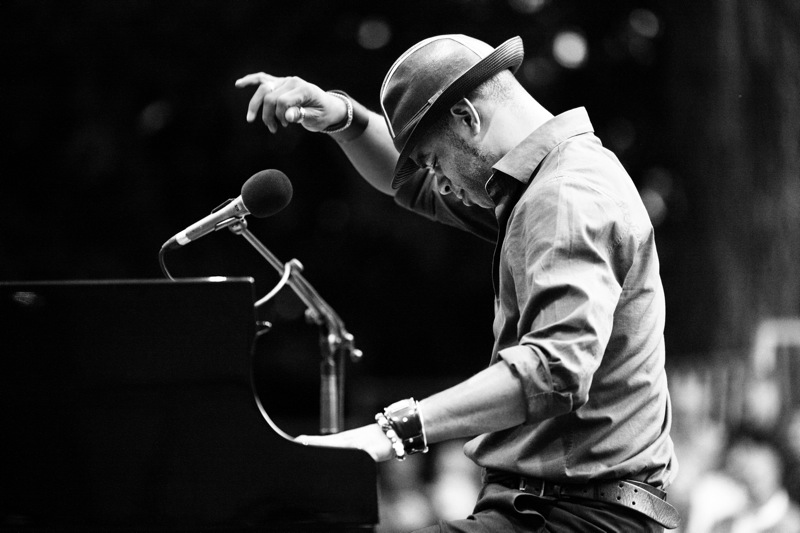 Roberto Fonseca is one of the most charismatic Cuban musicians of his generation. The Buena Vista Social Club® prodigy and Havana Cultura star has grabbed Cuban music by the horns and continued this party into the 21st century.

His new album YO is out on 19th March and is his most daring one to date. Fonseca explores new sounds and dimensions, blending traditional acoustic instruments with elements of electronica, and as Roberto says the album is “the beginning of a new phase." It pays homage to Cuba's African roots, crisscrossing the Atlantic, while striking forward with red-hot grooves and electronic beats that effortlessly updates the island's musical lineage.

Alongside the Latin jazz licks whipped up by Fonseca's piano and keyboards are percussionist Baba Sissoko, Etienne Mbappe on bass, Sekou Kouyateon kora, Munir Hossn on guitar, accompanied by the Cubans Joel Hierrezulo on percussion, Ramses Rodriguez on drums and Felipe Cabrera on double bass.  There are vocal collaborations from Faudel, Fatoumata Diawara, Assane Mboup and the spoken word artist Mike Ladd. Also included are the producers Gilles Peterson, who co-produced two tracks, and the American producer Count who mastered the album, and also remixed two of the tracks.

Fonseca, whose live shows have been capturing audiences worldwide for more than a decade, hits the road as the album is released with a seven-date UK tour starting on 23rd March, plus three additional dates in May. The tour line-up features Fonseca on piano, keyboards and vocals, Baba Sissoko on African percussion, Joel Hierrezuelo on Cuban percussion, Ramsés Rodríguez on drums, Yandy Martínez on bass, Jorge Chicoy on guitar, Javier Zalba on sax, flute and clarinet and Sekou Kouyate on kora.  This group is the sound of things to come in Afro-Cuban music, and with Roberto Fonseca at the helm, it is sure to be one of the live shows to catch in 2012. (full tour dates & album press release below)