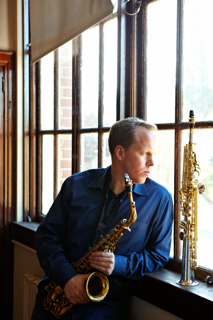 offers an example of well-played, accessible modern jazz. It is infused with a sense of joy and confidence that allows for musical richness and melodic complexity without abrasiveness or extended, self-indulgent musical detours. Anderson's arrangement of Joe Henderson's “Y Ya La Quiero", the opening track, is a case in point. Anderson's lyrical soprano and the band's deft rhythmic comping, sustains interest by maintaining a friendly groove, offering succinct yet interesting solos played with a generally light feeling, while still retaining the music's integrity.

Anderson brings his tight ensemble into the studio after honing their skills playing local Seattle venues and the familiarity shows. Anderson's self-penned jazz waltz “Wabi-Sabi" has some sensitive flugelhorn work by Tom Marriott and his own lilting soprano work. John Hansen's piano solo unobtrusively leads you in unexpected directions without straying too far from the theme.

“Stablemate" has a fleeting melody line that negotiates a quick chicane of twists and turns spelled out by Anderson's clean, economical alto lines. Chuck Kistler's bass is allowed some room to solo behind Adam Kessler's trap work and John Hansen's delicately placed piano chords. Hansen again shows a penchant for presenting musical ideas in a logical but unpredictable way that holds your interest. He is a player to be watched.

On Anderson's “Troubled Angel" the slow ruminative intro is accentuated by Kistler's bowed bass before it breaks into a quick paced jaunt featuring Hansen's fine two fisted piano solo work. When it is Anderson's turn to solo, his alto is smooth, facile and free flowing, a style with roots in Konitz and Desmond. Raspy, bitingly sharp-tongued sounds are not in this man's vocabulary. 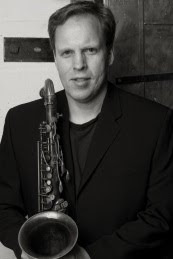 “The Aviator", an impressionistic song Anderson wrote as a dedication to his father's pilot days, finds the leader's soprano taking to the air in graceful flight, free of any turbulence. This beautiful duet, between Anderson's gently soaring soprano and Hansen's classically tinged piano, transports you high above into the world into the clouds as is one of the highlights of this cd.

Anderson's alto on “Osby-an" has a clear decisive tone as he articulates his message with a straightforward Clarity that is both harmonically interesting and refreshingly spare in his approach. Anderson refuses to overplay even when it sometimes feels like he could go on for a few more bars. Kessler's drum solo offers interesting rhythmic variety in a tightly conceived package that true to the group's ethos doesn't overextend.

The blues based “Free" is loose, swinging number that features Anderson's dancing soprano work, the horn he seems to favor, in this extended format. “Beautiful Love" is a sensitive but predictable and unadventurous ballad, where Anderson's sensuous soprano sound nonetheless works effectively.

“Juror Number 2" is the most angular song on the album and finds Anderson playing alto again. Anderson composed the song after he served on jury duty in New York City. It is representation of a particular character he met on that jury. Juror #2 must have been a bit vociferous, for Anderson is at his most talkative on this song. He plays a series of fluid ideas with his horn pouring out more notes here than on any other song on the album, interacting conversationally with Kessler on drums.

The ending composition “Moving On" is barely over a minute and a half long but a tight little gem. Starting with a brief musical statement, Anderson's joyous alto swings into a carefree solo before he and the band returns back to the introductory line that quickly resolves to a brief ending that leaves you hanging.

is a refreshingly accessible well played effort with few surprises. It will be interesting to see where Dave Anderson goes from here.