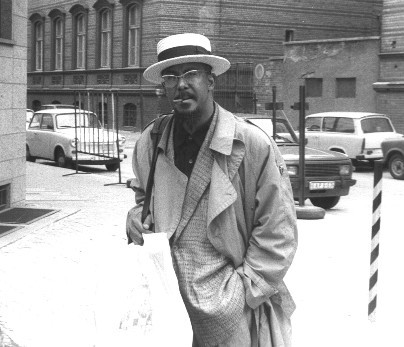 Though Bowie actually was born in Maryland, he grew up in St. Louis as part of a family that included two brothers who also became professional musicians: Joseph Bowie, a trombonist and leader of the funk-jazz band Defunkt; and Byron Bowie, a saxophonist and arranger/composer.

After developing his trumpet chops playing blues gigs around St. Louis with singers including Albert King and Little Milton and jazz wherever and whenever he could, Lester Bowie moved to Chicago in 1965, where he became a founding member of the Art Ensemble of Chicago, the group with whom he is most closely associated.

In addition to the AEC, Bowie was involved in many different musical projects, recording in duo and trio settings with many of the musicians from BAG and Chicago's AACM, and leading a number of his own groups, notably Brass Fantasy and the Lester Bowie Organ Ensemble. His work incorporated many types of music, from free improv and knotty post- bop to gospel and doo-wop, and he stood out among trumpet players of his generation for his combination of deep concepts, a sense of humor, and use of extended techniques. Sadly, Lester Bowie died young, passing away from liver cancer on November 9, 1999 when he was just 58.

In the first video window below, you can see him in 1983 performing with From The Root To The Source, a multi-stylistic group reflecting Bowie's love of popular and church music as well as jazz that also was something of a family band, since it featured his ex-wife Fontella Bass and former in-laws Martha Bass and David Peaston.

In the window below that, you can see him performing “Summertime" in an undated clip with Brass Fantasy, and below that, in two parts, a complete Art Ensemble concert recorded in 1991 in Budapest.