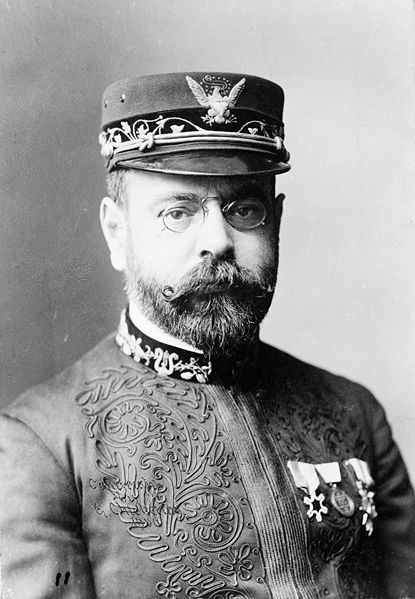 READING, Pa., Sunday, March 6. 1932
John Philip Sousa, famous American band conductor and march king of a generation ago, died unexpectedly early this morning in his room in the Abraham Lincoln Hotel from an attack of heart disease.

He came to Reading to lead the local Ringgold Band today in its 80th Anniversary concert as its guest conductor. He rehearsed the band yesterday afternoon and at that time showed no signs of illness. Last night he attended a civic dinner at the hotel in his honor at which 100 leading citizens and all the members of the Lincoln Band were present. In response to laudatory addresses he made a brief speech, asking to be excused from saying more in order that he might save his strength for the concert ahead of him. He told two or three funny stories, reminiscences of his long career, and sat down amid great applause.

On Nov. 6, his seventy-seventh birthday, Mr. Sousa stood before the WJZ microphone, led a large band in “The Stars and Stripes Forever" on a nation-wide network, cut a birthday cake given by five noted conductors and told the radio audience he wanted to live to be 100 so that he could write many more marches.

On Feb. 11 he was the guest of honor at a dinner of the American Legion Post of the New York Athletic Club given at the club. Five hundred Legion members applauded as Mr. Sousa received an honorary American Legion citation as the oldest and most distinguished Legionnaire.

On Feb. 6 Representative Norton, Democrat, of Nebraska, introduced a Congressional resolution to designate “The Stars and Stripes Forever" as the national march.

John Philip Sousa had been a conductor since 1878 and had been a musician since about 1861. The Famous Sousa Band, his own organization, has been in existence for nearly forty years and for the twenty years immediately preceding he was the conductor of the Marine Band attached to the President's household.

Throughout his career as a conductor he had also been a composer, and it is an open question which of his two activities brought him the greater renown. It would be difficult to segregate the two, however, for his marches, his band and his personality served as a single unit in creating his unique reputation.