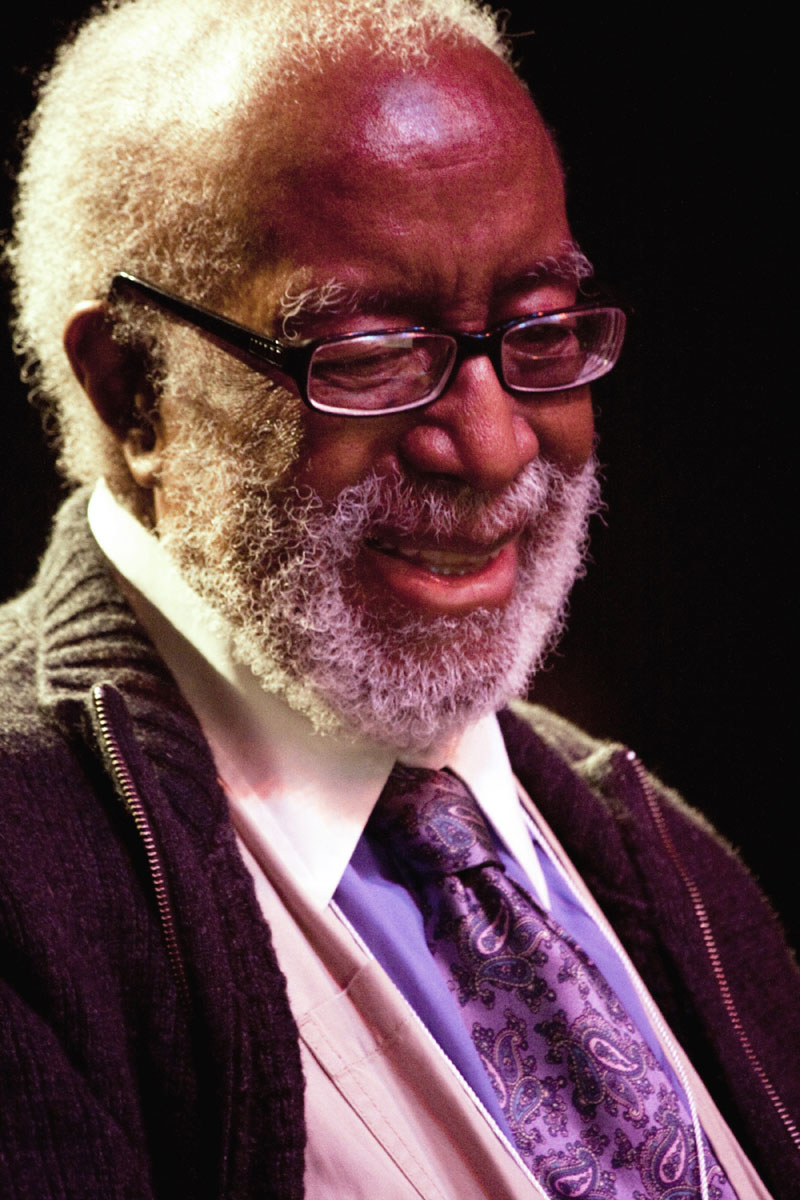 Trumpeter and composer Bill Dixon died June 16th at his home in North Bennington, Vermont after a two-year illness. He was 84 years old.

Dixon was a revered and idiosyncratic figure in the avant-garde of Jazz music, and a creative force who strived at all times to place the music in ever more respectful circumstances. Dixon developed an often controversial profile as an outspoken and articulate defender of musicians' rights as artists, and specifically the challenges to Black music as a contender in the culture and society of the United States. His music is known for a dark, poignant, pan-tonal abstraction that remains lyrical without relying on songs or the conventions of Jazz music-making. Through five decades as a recording artist, Dixon's music has developed a loyal worldwide following.

As a musical stylist and educator, Dixon was the progenitor of an often reserved composition and playing approach that stood in contradistinction to the trends prevailing in the avant-garde in Jazz since the Sixties. He steered an influential through short-lived collective-bargaining movement in New York in 1964-65, the Jazz composers' Guild. Under Dixon's leadership, the Guild crafted a stance to preserve the artistic self-determination of Guild membership. Though he lived in Vermont for most of the last four decades, playing only occasionally in New York and in the US altogether, Dixon remained a leader and doyen for musicians of successive generations in a diaspora of alumni of his teaching and ensembles.

The legacy of Dixon's progressive organizing activities in the music often overshadow the impact of his own music-making. Dixon emerged as a composer and bandleader in what can fairly be called a second wave of the New York avant-garde. Dixon's legacy of ensemble records (1966, 2007, 2009) frames an unparalleled body of solo music for trumpet (1970-76, mainly) and a subsequent series of small ensemble recordings (1980-1995) that stand apart in texture, instrumentation, personnel, and orientation from most of the numerous records of the period by Dixon's contemporaries.

Born William Robert Dixon on October 5, 1925, he was the son of William L. Dixon and Louise Wade. His family transplanted to Harlem at the height of the depression from Nantucket, Massachusetts where Dixon was born. An early aptitude in realistic drawing led him to advanced studies in commercial art during and after high school, well before music became a serious interest. (He was also acclaimed in a group and solo shows of paintings prior to serious recognition of his music, and he was painting, drawing and creating lithographs to the end of his life). Dixon enlisted in the U.S. Army during WWII and served in Germany at the close of European theater.

Bill Dixon's deliberate study of music began at the Hartnett Conservatory of music in the mid-1940s. His journeyman years as a Jazz trumpet player in the 50s involved activity as a sideman in an array of entertainment and rehearsal projects. Daytime employment as an international civil servant at the UN Secretariat, Dixon also turned to musical advantage. He founded the United Nations Jazz Society in 1959. He worked in the same period to establish the coffee houses of Greenwich Village as a formal and legitimate venue for presenting progressive music, an early manifestation of the spirit that fed the formation of the Jazz Composers' Guild.

Bill Dixon will perhaps always be remembered for his organization of a concert series to present the new music, the October Revolution in Jazz of October 1-4, 1964, at the Cellar Cafe on west 91st Street. Though literally digested by only a handful of eyewitnesses, the concert series focused significant critical attention on the undergrowth of otherwise unrecognized creative musicians, many of whom, including Dixon, shortly would show forth as the newest voices of the new music of the Sixties.

Starting in 1966, Dixon entered a fruitful collaborative partnership with the dancer/choreographer Judith Dunn, whose background lay in the Cunningham and Judson schools. The collaboration with Dunn led Dixon to join the faculty at Bennington College where she taught in the Dance department, and Dixon pushed for the creation of the Black Music Division, a phalanx of the school's music teaching that had its own faculty, student body, and orientation. Active officially from 1975 until 1985, the program was a prototype of a kind of college-level music study that has flowered only haphazardly since, basing itself in the aesthetics and praxis of avant-garde music-making.

Dixon is remembered by many of his students as a powerful and charismatic teacher who adroitly factored student musicians at various levels of skill and development into classes and his own ensemble pieces. Within the first few years at Bennington, it became the norm for Dixon to design individual and group exercises artistically meaningful enough to become part of the compositions he developed through a term's work.

Dixon retired from teaching in 1995 and continued to perform and record, chiefly in Europe. His last years saw a dramatic increase in the frequency of his U.S. appearances, and, since 2008, in U.S.-released recordings of his works for ensembles.

A memorial celebration of Bill Dixon's life and work will be held in New York City at a later date.

Ben Young is the author of Dixonia: A Bio-Discography of Bill Dixon (Greenwood Press, 1998).