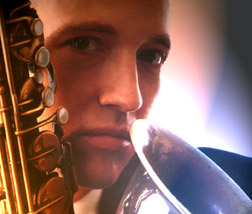 slideshow
Ted Nash, The Mancini Project (Palmetto). The multi-reed star of the Lincoln Center Jazz Orchestra finds the jazz core of fourteen Henry Mancini songs or themes from films and television shows. There are familiar melodies here, but Nash avoids some obvious choices--the Pink Panther theme and “Moon River" for instance--to explore more obscure pieces. Among them is a gorgeous alto saxophone-piano duet with Frank Kimbrough on the ballad “Cheryl's Theme" from a movie called Sunset. Bassist Rufus Reid and drummer Matt Wilson are central to the effectiveness of “The Party," with Nash stomping in full-blown R&B mode on tenor sax and Kimbrough lacing his solo with wry harmonic departures.

Nash's trombonist father Dick and saxophonist uncle Ted were veterans of the big band era who made the transition to Los Angeles studio life and worked in dozens of Mancini sound track projects. He chose several of these pieces because of his father's and uncle's prominence in the screen versions. Mancini wrote the evocative “Something for Nash" for Dick Nash to play in the film Blind Date. His son does it on alto flute. In the exposition chorus of “Dreamsville" from Peter Gunn he pays tribute to his uncle Ted's wistful alto sax treatment before doubling the tempo. The quartet romps through the rest of the track, with solos by Nash and Kimbrough in the bebop spirit. Nash inserts a phrase from “Solar," one of the few direct quotes I've heard from this restlessly inventive soloist.

Nash is impressive on alto, soprano and tenor saxophones, flute and piccolo, but it is his range of expression on tenor that has me going back to “Breakfast at Tiffany's," “Soldier in the Rain," “Two for the Road and the modal “Experiment in Terror." Even when he roughens his tone and leaps up and down unorthodox intervals, he maintains a captivating lyricism. Part of the success of this album comes from the order and pacing of the tracks, including transitional use of four Mancini pieces in versions less than two minutes long. Nash leaves the listener with a sense of the thread of characteristic melodicism that makes Mancini's music not merely a collection of superior pop pieces, but a substantial and durable body of work.