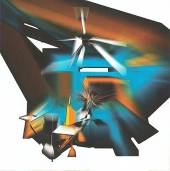 slideshow
John Hollenbeck Large Ensemble, Eternal Interlude (Sunnyside). The ensemble is Large, all right, in the size of the band -- 20 pieces -- and in the expansiveness of Hollenbeck's vision. He is a composer who moves into, out of and beyond established categories of musical thinking and a drummer who brilliantly meets the challenges he sets himself in his writing. Drawing on his mentor Bob Brookmeyer's example of originality and fearless innovation, Hollenbeck tempers the contemporaneity of his ideas with glances into the rear-view mirror of his creative imagination. Hence, his amusing expansion of the main idea of Thelonious Monk's “Four In One" into “Foreign One." Gary Versace's neo-boogie piano introduction sets up an expanding and contracting field of rhythmic patterns, orchestral textures and solos. It ends in a fiesta of intersecting lines across the brass and reeds, melding into 18 concluding quarter notes struck in unison on piano and cymbals, as insistent as a railroad crossing's warning signal.

“Eternal Interlude," the title piece, is nearly 20 minutes of impressionism in which the sensation of floating is sustained through energy created by the contrast between long ensemble tones centered on flutes, and percussive effects of marimba, piano and drums. In this piece, the exquisite subtlety in Hollenbeck's writing is reminiscent of what the late Gary McFarland used to achieve with woodwinds. Much the same can be said of “The Cloud," which has the added elements of whistlers, a section of aphorisms spoken by Theo Bleckmann and Bleckmann's wordless vocalizing. “Perseverance" comes as close to traditional big band writing as we're likely to hear from Hollenbeck. The resemblance is mostly in contrapuntal lines between brass and reeds, a succession of rowsing, even rowdy, saxophone solos and a masterly drum solo.

In “Guarana," infectious Latin rhythms and minimalist repetition work hand in hand. “No Boat" is a two-minute tone poem, full-bodied but subdued. It has the effect of a closing prayer.