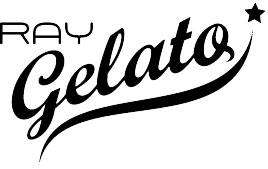 The 'Godfather Of Swing' Ray Gelato will perform 13 dates with his 7 piece band The Ray Gelato Giants throughout Christmas and New Year at legendary venue Ronnie Scott's.

In addition to regular headline slots at 'Ronnie's,' Ray has also performed throughout the UK, Europe, USA, Canada and Brazil at prestigious venues, festivals and events such as The Blue Note (NYC), Edinburgh Festival, VE Day celebrations in Trafalgar Square, Proms In The Park, Montreal Jazz Festival, Sir Paul McCartney's wedding, The Ritz London for HM The Queen and opened for Robbie Williams at The Royal Albert Hall. Recently Ray headlined the 1940's Torch Club at the inaugural Vintage At Goodwood Festival held in August 2010.

Gelato has performed live with his band on TV shows such as Strictly Dance Fever, ITV's This Morning, TOTP2 , The Terry & Gaby Show and BBC News. Ray's songs have made many TV and movie appearances including Enigma, Scandal, Inventing The Abbotts, The Perfect Man, Levi's Dockers commercial, No Reservations and most recently his version of ' If You Were The Only Girl In The World' was featured in the US TV series 'Hung.'

Ray's first musical influences stemmed from his father, a US airman, living in London. Ray's dad had a huge collection of records by artists such as Sammy Davis, Dean Martin and Bill Haley. Later Ray discovered the sounds of Louis Jordan and Louis Prima, who would become huge influences on his music. On taking up tenor sax as a teenager, Ray was introduced to such sax greats as, Coleman Hawkins, Lester Young, Illinois Jacquet, Ben Webster etc. Around this time, Ray would ask to sit in with any live band that would let him! It was then that he realised that music was to be his life.

Now considered by many to be one of the last in a long line of classic jazz entertainers and a true showman, Ray's live repertoire includes a mixture of classic swingin' standards from 'the greats' mixed with original self-penned songs which have become audience favourites such as 'A Pizza You' and 'Mambo Gelato.' The Times newspaper got it spot on when they wrote, “Gelato evokes an era when musicians understood that the point of jazz was not to keep the public at a polite distance" Ray also combines his love of music and food with a cookery book that features his favourite recipes that he has picked up on his travels. 'Cooking With Ray' comes with 7 track CD of Ray Gelato's music to cook by and the end of 2010 will add another string to the front man's bow with the launch of a 'Cooking With Ray' YouTube channel!

In addition, Ray is currently working with American singer Kai Hoffman on a brand new album of classic vocal duets called 'Hey Boy! Hey Girl!.' Due for release in 2011, the album will be showcased with a new touring show in theatres across the UK.