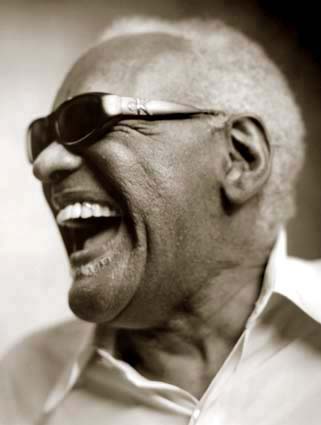 slideshow
Million-selling Volume 1 joins Volume 2 in one expanded 24-song CD. The albums reflected Charles’ lifelong love for country, containing “I Can’t Stop Loving You,” “You Don’t Know Me” and “Take These Chains from My Heart.”

LOS ANGELES, Calif. — Although it may have shocked some people at the time, Ray Charles’ fascination with country and western music was anything but an overnight development. As a child in Florida, he’d listened to the Grand Ole Opry’s radio broadcasts through the Southern skies. Thus his 1962 gold-certified album Modern Sounds in Country & Western Music and its encore Modern Sounds in Country & Western Music, Volume 2 represented a lifelong dream — and may have transformed country music along with it.

The two albums, which featured the hits “I Can’t Stop Loving You,” “Take These Chains From My Heart” and “You Don’t Know Me,” will be reissued together in an expanded reissue titled Modern Sounds in Country & Western Music, Volumes 1 & 2 by Concord Records on June 2, 2009. New liner notes by musicologist Bill Dahl are included alongside original notes by Rick Ward and Charles’ longtime recording supervisor Sid Feller.

The reissue release is part of Concord’s ambitious Ray Charles reissue program that launched this year. A 17-time Grammy winner, Rock ‘n’ Roll Hall of Fame inductee and #10 in Rolling Stone’s Greatest Artists of All Time, Charles has sold more than 10 million CDs in the SoundScan era alone.

“Since joining ABC’s roster in late 1959 after permanently altering the rhythm & blues landscape that sired soul, Charles had been contemplating an LP of country chestnuts for years,” Dahl writes. “So to him it wasn’t a radical concept. What was earth shattering was the way he redefined each song. When Ray unleashed the roaring horn section from his recently formed big band, those country evergreens swung like never before.”

In preparation for the album, Charles asked Feller to bring him the biggest country and western hits from the preceding 20 years. According to Ward, “Completely confused and wondering what possible use Ray could make of such material, Sid began collecting songs. The more he thought about Ray’s idea, the more excited Sid became. And by the time the sessions rolled around, he was nearly the most enthusiastic person on the studio.”

Initially skeptical at first themselves, ABC Records gave Charles artistic freedom and was pleased when Modern Sounds in Country & Western Music became the label’s first million- selling album. A lot of this was due to the success of its first single, “I Can’t Stop Loving You.” Never intended to be a single, the Don Gibson-penned track was buried deep in the album sequence. Yet when actor Tab Hunter covered the song, Feller quickly edited Charles’ rendition to single length and got it into the marketplace in enough time to bury the Hunter version. It topped the pop and R&B hit parades and won a Grammy for Best R&B Recording. “You Don’t Know Me” also proved a massive R&B and pop seller.

A few months later, Ray and his team convened at Capitol Studios in New York to plan Volume 2, Ray mining another dozen country standards. Within the month, the album was at retail and proceeded to reach #2 on the pop album chart. Hank Williams’ “Take These Chains From My Heart,” which kicked off the “ballad side” of Volume 2, became another huge Charles hit in mid-1963.

Having made countless new country converts by giving these 24 songs a soul-steeped urban dimension, Charles continued to dip into the country and western songbook. He covered Johnny Cash’s hit “Busted” to Grammy-winning acclaim in 1963, and his remakes of Buck Owens’ “Cryin’ Time” and “Together Again” hit during the mid-‘60s. “Then again,” Dahl writes, “Ray’s unique vocal interpretations inevitably made any song from any genre entirely his own.”