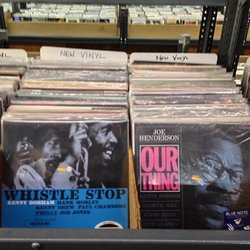 Will Friedwald's “Clip Joint" is a unique music video presentation, designed for the comparatively intimate space of a bar or a nightclub. Curated by Will Friedwald, columnist for THE WALL STREET JOURNAL and author of eight books on music and popular culture, “Clip Joint" is a live video presentation that covers the entire range and spectrum of musical performances as documented on film and video: both classic and contemporary, from jazz and Broadway to rock and pop to country & western, blues, opera, comedy and novelty songs, world music, and the Great American Songbook.

Friday and Saturday: Kyla Titus, granddaughter of Vet Boswell and author of THE BOSWELL LEGACY will be on hand along with David McCain, music historian and researcher to sign books. Their table will also offer rare photographs and items from the Boswell Sisters' personal collection, and there may be a few rare, off-the-air radio items from 1931 and 1932 NBC and CBS Boswell broadcasts available for listening.