SOURCE: ALL ABOUT JAZZ PUBLICITY
March 21, 2020
Sign in to view read count 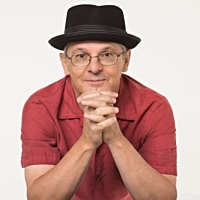 slideshow
Austin is mourning the loss of one of its finest and most beloved musicians, pianist Rich Harney. Harney passed away on January 5, 2020, just before a Sunday night trio gig at The Elephant Room. Born in Champaign, Illinois, Harney was a prolific composer first inspired by the recordings of Oscar Peterson.

Influences include Thelonious Monk, Tadd Dameron, Chick Corea, McCoy Tyner, and Charlie Parker, as well as the early jazz piano of James P. Johnson and Fats Waller to name but a few.

Echoes of old-time stride piano, forties big band style and bebop drew a wide audience to Harney's innovative sound; the soul of his music an elegant simplicity coming from what critic Jay Trachtenberg called “its verve, humor and unabashed drive.”

A prolific composer and popular vocalist, Harney won multiple awards through the years including The Best Unsigned Bands Contest (Musician Magazine) for both his sextet, Countenance, and the post bop composer's forum with Alex Coke, The Worthy Constituents. The Austin Jazz Players and Critics Poll honored him in 1993 as Composer of the Year, Best Songwriter, and Best Male Jazz Vocalist. He also received second place honors in the 1992 Composer Competition from the Austin Music Umbrella.

A quick look at some credits at All Music are a testament to his extensive musicality and discography which included recordings on CreopMuse, Aardvark Records and many other independent labels.

In addition to multiple memorials and ongoing tributes to a man referred to as “one of Austins most valuable musical resources”, Rich Harney will be inducted into the Austin Jazz Society's Hall of Fame this year in Austin Texas.