Project Grand Slam Hits It out of the Park with "Play"

SOURCE: ALL ABOUT JAZZ PUBLICITY
November 5, 2008
Sign in to view read count 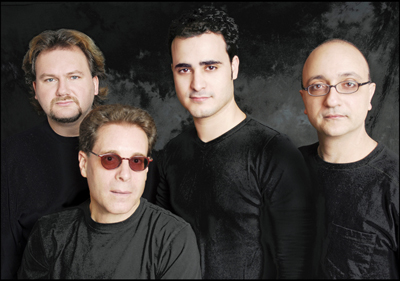 slideshow
Project Grand Slam promises to hit plenty of homeruns with the November 4 release of their debut album, Play. With five of its thirteen tracks and the band having already been prominently featured on the hit NBC Series “Lipstick Jungle,” the eclectic contemporary jazz band is savoring the fruits of early success. But there’s plenty more where that came from: loaded to the brim with smooth musicianship and joyful jamming. Acid Jazz Magazine states, “Project Grand Slam is a spectacular mix of jazz, fusion and rock that combines melody, groove and great improvisation.”

Headlining Project Grand Slam’s first foray is the current radio track “The Captain of Her Heart,” a cover of Double’s 1986 chart-topper. Aided by noted vocalist Judie Tzuke, the song’s cool vibes and velvety aura allow Play to hit its stride early. That momentum continues thanks to the steady hands of Project Grand Slam’s players, who composed most of the album’s tracks. With Robert Miller on bass, Haim Cotton on keyboards, Ron Thaler on drums, and Gilad Ronen on sax, true jazz fans will know they’re in store for a special ride. Up-tempo grooves like “Studio One” and “Because She Said So” start things off right, while slower numbers like “Baal HaSulam” and “Shades of Memories” demonstrate the quartet’s versatility. As producer Frank Filipetti says, “Gorgeous tunes, great beats. This record is a home run.” Audiences everywhere will undoubtedly agree.

Project Grand Slam is the collaboration of four accomplished contemporary jazz leaders who count Return To Forever, Bela Fleck, and Bruce Hornsby among their influences. They have performed with many notable artists, including Sarah McLachlan, Rob Thomas, Alicia Keys, and Herbie Hancock.

You can buy/download Play now from iTunes, Amazon, and CD Baby.