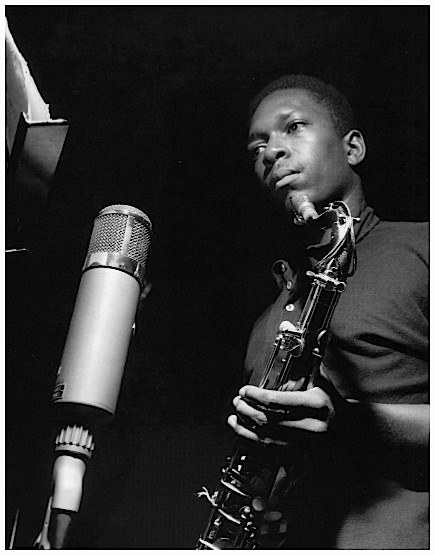 Coltrane’s Philadelphia is part of the Preservation Alliance’s Coltrane Planning Project which aims to devise a revitalization strategy for the Philadelphia home of John Coltrane, the 20th-century jazz great who lived in Philadelphia from 1943 to 1958.

Coltrane’s Philadelphia (US, 2013, digital, 25 min.)
Musician and former Inquirer columnist Tom Moon and other members of the film's production team will do Q&A after the screening.

This screening will include a performance of some Coltrane compositions by acclaimed Philadelphia-based Arpeggio Jazz Ensemble, led by West Oak Lane Jazz Festival organizer and bassist Warren Oree, and a reception with light refreshments.

After migrating from his childhood home in North Carolina in 1943, jazz giant John Coltrane spent years honing his craft in the City of Brotherly Love. In 1952 at the age of twenty-six, with the benefit of a G.I. Bill loan, he purchased a modest rowhome on North 33rd Street in the Strawberry Mansion section of North Philadelphia. Coltrane owned and lived in this home longer than any other during his legendary career. It was here that he honed his craft becoming identifiably the legendary 'Trane.

Coltrane’s Philadelphia is supported by the Pew Center for Arts and Heritage. The Dorrance H. Hamilton Public Media Commons at WHYY provided the technical editing and production work.