Polly Gibbons at Birdland on July 2 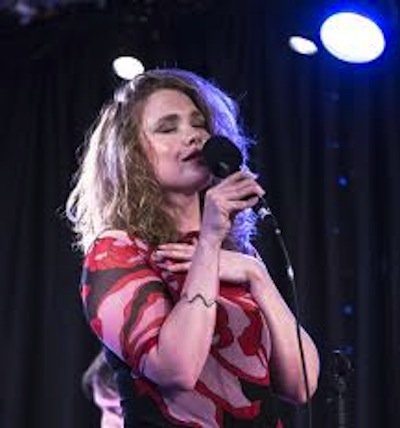 slideshow
Resonance Records presents Polly Gibbons Many Faces of Love - One Show Only - 6:00pm on July 2nd at Birdland

Resonance Records will present Polly Gibbons in her triumphant New York City return on Thursday, July 2, at 6:00pm at Birdland. She will be showcasing her debut release on Resonance Records, Many Faces of Love.

Polly Gibbons is one of the most respected and talked about young singer/songwriters of her generation. Being nominated for a BBC Jazz Award back in 2006, with no album release to her name, was a clear indication of just how special a singer & performer Polly is. Much esteemed by her contemporaries, Polly has built a reputation as having an original & gifted voice. With warm, rich, soulful vocals & an innate blues sensibility, Polly has been likened to many of the jazz & soul greats, while bringing her own storytelling & earnest depth, alongside unique humor & fun, to performances. Having developed her craft over the past decade, Polly has performed at all the leading UK jazz clubs, international festivals & is a regular at London's Ronnie Scott's, performing with the All Stars. Polly's influences are brilliant, broad & inspired - from the poetry of Joni Mitchell & Leonard Cohen, to the be-bop of Charlie Parker, to the deep wails of Mahalia Jackson's gospel, to the emotional depth of Donny Hathaway, Billie Holiday & Nina Simone, the soul of Marvin Gaye, the blues of Buddy Guy & more contemporary brilliance in the sounds of Michael Jackson & D'Angelo.

With an innate vocal versatility, Polly Gibbons is much sought-after as a session, back-up & featured singer & has been invited to record on various projects including a track with hip hop group Vinyl Dialect, on Wall of Sound's Bad Magic label, also co-writing & performing a song on the British Soul compilation album, 'Diggz Presents Random Soul on Random Records. Polly is featured alongside such jazz luminaries as Ian Shaw, Jacqui Dankworth & Gwyneth Herbert on an album entitled The Music of BB Cooper & has spent many occasions recording & performing with renowned artist & producer, Ian Shaw.

What the critics are saying about Polly Gibbons...

“They don't come along very often, but this one's a star!" —Johnny Mandel

“A truly exceptional, once in a generation talent, possessing a voice of such sizzling intensity & raw emotion you could fry an egg on it!" —Peter Quinn, Jazzwise Magazine

“There's a rare sense of joy in her voice,not to mention a depth of blues feeling!" —London Evening Standard

“A soulful young jazz vocalist destined to be a star!" Time Out London “This talent is one in a million...miss her gigs at your peril!!" —Ian Shaw, Singer, Producer & BBC Broadcaster