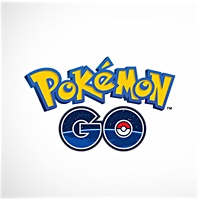 Here George Howard looks at how the social, fun, and competitive formula which has made Pokemon Go the massive success that it is could potentially work in the music industry, and the hurdles it would have to overcome to do so.

I’ve long believed that in order for any web or mobile app to achieve the highest level of success, it must be social, fun and competitive. I conceived this framework years ago upon learning about Cross Fit, which is very much defined by these attributes.

However, it was transferring this thinking to the digital space that helped me develop a framework that I use to this day when vetting products, services, or ideas with respect to developing/investing in them. In other words, if I can’t quickly determine that a product passes the “Social, Fun, and Competitive Test,” I’m not interested.

Social simply means something that is more enjoyable when done in groups. This attribute increases the likelihood of the product addressing network effect problems, and thus shifting the burden of promotion from the brand to the customers.

Fun in this context is defined as anything one does to combat boredom. The dopamine hit can be a small distraction from tedium (a Facebook FB-1.09% Like) or a large one (VR).

Competitive is not a binary “I win/you lose” dynamic, but rather some element of game mechanic “achievement.” When I originally conceived of the SFC framework, I used Foursquare Check Ins as an easy explainer of the “Competitive” prong.

Turntable.Fm and Other Examples of SFC Products

For those who remember, Turntable.fm was a wonderful product that facilitated people coming together in a virtual room (social) in order to play the music that they loved (fun), and, based on the reaction to this music from others in this room, attain certain achievement benefits – more impressive avatars, longer DJ sets, etc. (competitive).

For those of you who are interested in checking Turntable.fm out now… You can’t. More on that later. But there are plenty of other examples that are currently in action. LinkedIn LNKD +0.08% utilizes “competitive” game mechanics to gently goad people to completing their profiles. Guitar Hero and many other video games (those of the MMORPG ilk being particularly good examples) to lesser or greater degrees got the entire “SFC” framework right. Yelp YELP-0.75% and Tinder employ this SFC approach to great success in their respective verticals.

Pokémon GO As The Apotheosis of SFC

However, it’d been a while since I’d seen an implementation of the SFC attributes in a product with the force of execution as I did a week or so ago. It was during this time when the full on SFC Tsunami crashed upon the world in the form of Pokemon Go.

The degree to which Pokémon GO embraces the SFC framework is nearly textbook in nature. Not only does it convene people through typical online methodologies, but it’s actually facilitating offline social interaction as well. Pokémon GO is very fun in that it’s combating boredom to such a degree that virtually anything other than playing Pokémon GO appears to be “boring” to many. With regards to competition, one of the truly ingenious elements of Pokémon GO’s game mechanic is that it’s achievement based in an egalitarian way. While there’s an apprehension of entry with respect to many other MMOPRG games, in which new entrants are deterred by feeling that those who have been paying longer will quickly embarrass/dispense of them, Pokémon GO has facilitated a system that rewards longer-term players while not delighting/not intimidating new entrants.

In so doing, Pokémon GO has created a “Customer as Teacher” dynamic in which more experienced players are achieving extra dopamine blasts by teaching new players, and thus accelerating the growth trajectory.

The Unique Challenges Related To Music

Even while I’m delighted to watch this articulation of my SFC theory taking over the world, I’m equally distressed by the fact that – aside from the aforementioned Turntable.fm and Guitar Hero – we really have not seen a music-related product truly explode in this manner. Objectively, we should have.

Music is innately social, fun and competitive. To be clear with respect to “competitive,” again, this is NOT necessarily in an I win/you lose manner (though, as Name That Tune to American Idol, and everything in between has shown, music certainly can be traditionally competitive), but rather from the sense that various levels of achievement in music – from mastery of an instrument to expertise around a specific artist/genre – are so attainable for so many.

Sadly, if Turntable.fm is any indication, it may be a while before we see a music-related product that attains even a fraction of Pokémon GO’s success…though, as I discuss below, it may be sooner than later.

One of the reasons the founders of Turntable.fm closed down the service was that “the cost of running a music service [was] too expensive.” At least some of the expenses the founders are referring to are music licensing costs.

To be abundantly clear, I am neither saying nor implying that the costs associated with licensing the music is what resulted in Turntable.fm shutting down. Nor am I saying that Turntable.fm or any other service that uses music should not compensate the rights holders for the use of the music.

There are always any number of reasons why products don’t succeed, and far be it from me or anyone else to attempt to easily sum up a product’s failure. In other words, even if Turntable.fm had been able to get all the music they wanted for free, they still could have failed; customers could have simply grown tired of the service, etc.

However, the fact that in the years since the launch of Turntable.fm, I am hard pressed to point to other examples of music-related apps that strike this SFC balance (and please leave me examples in the comments, as I’m sure they exist), combined with the fact that Pokemon Go has shown us the way forward with respect to what a successful “SFC” product might look like a clear threshold moment has been reached.

That is, if some music-related product does not emerge and capture the world’s attention – even if only a fraction of the attention that Pokemon Go – via an artful Social, Fun, and Competitive implementation – that presents a problem.

The problem that has historically been the bugaboo around innovation in this space is classically summed up as an “Innovator’s Dilemma” issue. That is, the incumbents in any space are happy to continue serving their existing customers, and are thus indifferent to any threat from companies…until it’s too late.

One of the most amazing passages in the new book Chaos Monkeys illustrates this concept via the story of how when Facebook outgrew their space, they relocated into new office space that had been inhabited by Sun Microsystems. Mark Zuckerberg even insisted that some of the old Sun insignia stay on the walls in order to remind Facebook employees of how quickly giants can fall.

But the music industry giants have seemed somewhat more durable than those in other industries, and many have not (yet) fallen.

One theory around this durability/ability to avoid classic Innovator’s Dilemma plights is that these music business incumbents have benefited from laws and information asymmetries that have enabled them to keep competition from innovators at bay longer than they would have absent these “tools.” Rightly or wrongly, there are no shortage of Turntable.fm-like examples of companies who have either gone out of business or are facing potentially insurmountable issues due to the challenging dynamics related to the licensing of music.

As such, many innovators simply bypass the music space completely. As I wrote in an article entitled, “Could Blockchain Save SoundCloud And Investment In The Future Of The Music Industry?,” a dynamic has been created that now deters outside investment into the music space due to high degrees of risk with respect to profit/exits.

My sense, however, is that we are approaching some degree of breakthrough.

Between emerging technologies, which could resolve certain technical/systemic issues with respect to music rights holders, consumers and entrepreneurs (such as Blockchain Technology), increasing customer demand/lack of understanding/acceptance of suboptimal music integration into their world, and very clear examples – as evidenced from Pokemon Go’s clear articulation of the SFC Framework – of the way forward, I do believe we will begin to see new and exciting music-related products that satisfy customers, rightsholders, and entrepreneurs.