SOURCE: ALL ABOUT JAZZ
September 4, 2007
Sign in to view read count 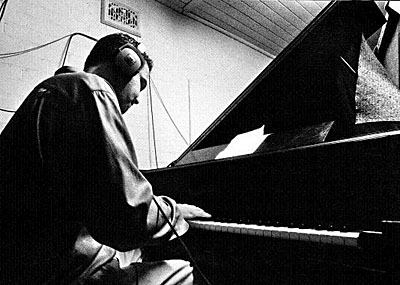 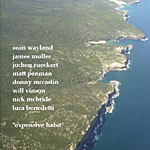 This new CD by Australian born Brooklyn resident Sean Wayland features 13 of his brilliant, engaging and original compositions played by a world class group of musicians. This is the 10th CD Wayland has released featuring his own unique composing style. The music is contemporary jazz, mostly acoustic and swinging with some experimental use of synthesizers and keyboards. Fiery solos by Wayland, Muller, McCaslin and Muller are a highlight. The compositions are a blend of jazz, classical and contemporary pop and folk music. The great rhythm section of Matt Penman (acoustic bass) and Jochen Rueckert (drums) are the core of the piano trio that is featured on many of Sean's previous releases including The Colossus of Rhodes (DIW released 2002) and Lurline (Seed label released 2004). This new CD sees the trio rise to even greater heights of communication.

Recorded in NY at “The Studio" June 2006
Engineer Jon Rosenberg

“Sean Wayland has long been something of a legend among Sydney jazz circles." --Jazzgroove