Rupert has a way of making his piano dance--it is music whose elements are familiar but have never been arranged like this before. 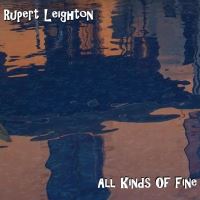 slideshow
The latest release from English pianist & composer Rupert Leighton is a synthesis of groove-laden jazz and chill-out excursions. Dazzling piano strides, liquid keys and splashes of saxophone are underpinned by warm bass and vibrant rhythms.

Composed, produced & arranged by Rupert, the 11 original tracks serve up intelligent arrangements in an array of moods incorporating straight ahead, funky, smooth and new age. Although primarily on piano & keyboards, he also contributes vibraphone, alto sax and bass with tenor sax coming from Joel Dowling.

His recent move from England to France is evident with track titles such as “En Route" and “Destination Unknown" hinting at new horizons. The Gallic influence is apparent with the opening track name “Croque Monsieur" (listen below) which as Leighton explains, “is probably my favourite French snack and certainly one I’ve had far too many times in the last few months!” He goes on to say, “This album was started in England and finished in France so I wanted it to have a theme of moving on and travel, not just with the titles but musically too. It’s an upbeat and eclectic journey, a mixture of foot-tapping and atmospheric instrumentals that aims to evoke images of outdoor cafe-culture, heat-haze sunsets and good times- a perfect accompaniment to road trips with the roof down!”

This is his 4th jazz album and first since Utter Karma in 2010. In between times, he has released two albums with his funk band Fujalada and a solo seasonal album A Winter’s Walk in 2014. This versatility is hardly surprising given his artistic influences which range from St. Germain, Herbie Hancock and Oscar Peterson to Sting, Prince and Jeff Beck.

Throughout, Rupert has a way of making his piano dance-it is music whose elements are familiar but have never been arranged like this before. Amid the jazz and groove, he manages to fit in a frantic solo piano piece and a haunting ambient track—it’s what you might expect from a refreshing talent with an ear for the unexpected.

So what’s next for him? “Now that I’ve finished the album, I'm obviously looking to promote it as much as possible with the eventual goal to take it on tour with my band!”