SOURCE: ALL ABOUT JAZZ PUBLICITY
July 21, 2008
Sign in to view read count 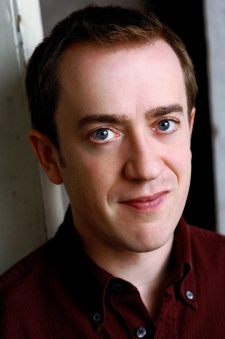 slideshow
Pianist/composer Geoffrey Keezer has been playing piano since age three and has been on the road since 1989 when he joined Art Blakey's Jazz Messengers after a year at the Berklee College of Music in Boston. Over the years, he's recorded steadily and played with numerous jazz luminaries including Ray Brown, Diana Krall, Joshua Redman, Christian McBride, Kenny Barron, Chick Corea, Benny Green, and Mulgrew Miller.

But of late, things have changed for Keezer. In a few different ways.

He moved from New York to San Diego a couple years ago. Last winter he became a father. He discovered interesting music from Peru about four years ago and is in the process of developing a recoding stemming from that. He's off the road, enjoying a more sedate home life while working on the project.

Like most musicians, he also realizes that the music business, and the way music is made and marketed, must change. Technology has made old ways of doing things, and the companies that controlled them, practically obsolete. With that, however, is a new artistic freedom for musicians. There are new challenges for so many who are outside the realm of record labels. But challenges traditionally spawn innovation. Keezer is developing the project, to be called Aurea (after a Peruvian lily), on his own, via the ArtistShare system.

AAJ Contributor R.J. DeLuke spoke at length with Keezer about the Aurea project, shedding light on his own artist process as well as the ArtistShare model that is attracting an increasing number of artists.

Check out Geoffrey Keezer: Making, And Controlling, His New Music at AAJ today!