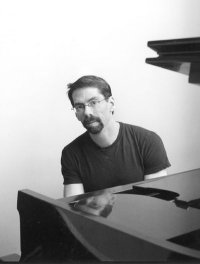 slideshow
Even though it was Sunday, the Village Vanguard was packed to catch the last night of pianist Fred Hersch's weeklong run. Hersch had played the legendary club in New York's West Village before, even releasing a live album recorded there, and the room had the energy of an artist restaking his claim as one of current jazz's most important figures. He's released more than 30 albums as a leader and has played sideman to such legends as Stan Getz, Joe Henderson, Art Farmer and Toots Theilmans since coming to New York in 1977.

Hersch has also won countless awards over the years and has even been influential as a teacher, having worked with many of today's younger artists. His own rich body of work includes a broad array of ensembles, but one thing that never changes is his rich, beautiful tone and ability to craft original melodies or thoughtfully recasting those written by others.

It is a sound that was nearly silenced forever. In 2008, Hersch was stricken by an AIDS-related illness that manifested itself in a dementia where the pianist believed he could control time and space and that everyone around him was trying to cause harm. Things got worse from there, and he ended up in a coma for two months. When he came out of the coma, he weighed 105 pounds and couldn't walk or talk, much less play the piano.

“When I came out of coma, I was so weak that I couldn't rearrange the pillow on my bed," Hersch recalled, speaking via phone the week before the Vanguard gig. “When people come out of coma, and assuming that everything is OK, the first muscles that come back are the larger muscles for walking, and things like that. The fine muscles for things like your fingers are usually the last to come back."

A near-death experience changes any person, yet there Hersch was, improbably and remarkably leading his trio at the Vanguard. If you didn't know about his medical history, you'd note that he's aged with wrinkles around his eyes and gray hair is creeping in, but his sound remains.

Asked how the ordeal has changed his playing, Hersch answers, “I can't really put my finger on it. But other people have said that my playing has gotten deeper and more relaxed since my illness. It's also that I'm 54 and don't have as much to prove at this point. I don't have to keep up with the whiz kids. I just do what I do and let the chips fall. I've carved out my own niche."

Leading his trio (bassist John Herbert and drummer Billy Drummond) through the Sunday night set, Hersch focused on material from his excellent new album, 'Whirl.' Often playing with his eyes closed, his head bobs to the music--not on the beat so much as giving a dramatic accent to the stories pouring out of his fingers. There were upbeat numbers like Cole Porter's 'From This Moment On' or his jaunty original 'Skipping.' Known to be particularly strong on ballads, here Hersch and his band played the delicate 'Mandevilla' and closed out the set with the perfectly stylized version of the standard 'I'll Be Seeing You.'

“I've sort of gone away from the trio format for the last couple of projects, which were side projects ... so this is me throwing one down," Hersch says of his latest. “I had some material and I just wanted to make a jazz record."

Now with that mission accomplished and Hersch playing a modest number of live dates while still on the mend, he's begun work on an ambitious new venture about his illness called 'The Coma Project.' Though the music hasn't been written, it will be scored for 11 musicians, a speaker/singer, and an animator/multimedia person. In the same creative vein as Hersch's acclaimed 'Leaves of Grass' project from 2005, this new one will be based on eight recurring dreams that he had while in his coma.

“I typically don't remember my dreams" Hersch explains. “But these coma dreams were not only compelling, but I remembered every detail. Not just once, they kept coming back to me until I wrote them down. Some are scary, some are comic, some are very lyrical. They run the gamut. The music will sound jazzlike at times and nonjazzlike at other times. It is basically a piece played by jazz musicians with some improvising, but more than that it is a setting for words. It's what I call 'Fred music' because it has my own musical approach."

Hersch and his librettist are still wrestling with the text, trying to figure out how to make it work as a dramatic piece. There are going to be a number of ways that they are going to express the content of these dreams. Each will be told in a different way using visual imagery, song, spoken word and music. Once he gets a sense of how it's going to go, he'll work on the music, with a deadline already set for a May 2011 debut.

Intrepidly moving forward with what promises to be one of the most personal projects of his long career hasn't prevented Fred Hersch from being circumspect. With age and experience comes wisdom. He knows that people are beginning to look at him differently, even without his remarkable personal story, and now as a survivor he's become comfortable both in his own skin and with this new perception.

“In my own way, I've had a slow and steady growth to my career," he points out. “I'm fairly unpredictable and have a wide variety to my output. I've been consistent in releasing a project or two every year for many years. So maybe it's my time now to counted in that pantheon where people look at you in a different sort of way."