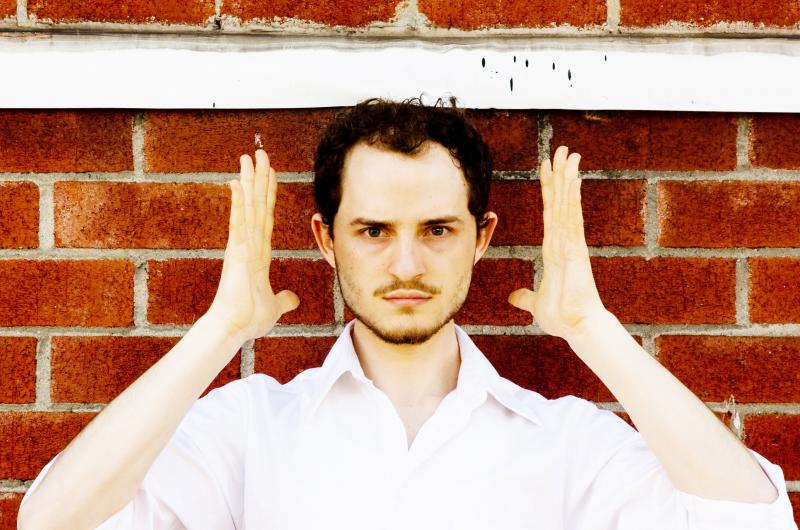 On May 28, 26-year-old pianist/composer Pascal Le Boeuf will release Pascal's Triangle on the intrepid label, Nineteen-Eight Records. Le Boeuf, a spinner of webs constructed with beauty, emotion, and maturity, is an integral part of a growing New York jazz scene characterized by hypnotizing rhythms, alternative rock, and the influences of artists such as Radiohead, Herbie Hancock and Brad Mehldau. On Pascal's Triangle, Le Boeuf and his trio featuring Linda Oh on bass and Justin Brown on drums, welcome the listener to eavesdrop on eight “conversations", with the hope of connecting on a deep musical and emotional level.

“As an artist, I see my responsibly to humanity as that of a diver, charged with the task of swimming deep within the mind, beneath the surface of reality, to retrieve something beautiful, undiscovered or interesting to share with the real world. When we formed Pascal's Triangle, it was with the unspoken agreement that we would practice this art of diving together. This album is a collection of original music meant to highlight the conversational voices of the individuals in the band. We trust each other's choices and share an orientation towards self-expression through group improvisation. Every time we sit down to make music, we are exploring the depths of what is possible," explained Le Boeuf.

Le Boeuf thinks of music as a language, with each musician having favorite “words" and phrases that translate to music and collectively represent that person's “sound". “The type of improvisational music we create is a conversation in which the composition is a subject or the frame work of a story, and Linda, Justin and I expand upon it as a collective," said Le Boeuf.

One special characteristic that Oh and Brown share is their beautiful relationship with who they are and how they communicate it conversationally on their instruments. Their ability to understand themselves - what they like to hear and why they like it, how they choose to interpret their various emotions - they have found an accurate way to play it with music. “This is hard to find in any musician," said Le Boeuf. “Additionally, they have the consideration, insight and empathy needed to understand my unconventional mind and are able to help me communicate my improvised ideas and compositions."

Le Boeuf first heard about Justin Brown as a teenager growing up in Santa Cruz, California. Brown lived a few hours away in Oakland and was part of the Berkley High scene along with Ambrose Akinmusire, Jonathan Finlayson, Hitomi Oba and the Altura brothers. Le Boeuf explains further, “I had seen him perform a few times through SFJAZZ and the Monterey Jazz Festival, but didn't get to play with him until I got involved with the Brubeck Institute in 2003. I moved to New York in 2004 to attend the Manhattan School of Music, where Justin studied drums for a short time until he dropped out to tour with Josh Roseman. During that period I briefly led an organ trio with Justin and my brother Remy. Since then, Justin has performed intermittently with Le Boeuf Brothers, and of course we have recorded and performed together as Pascal's Triangle."

Le Boeuf first met Linda Oh at the 2004 IAJE conference in New York where she was involved in the Sisters in Jazz Program, but they didn't have the opportunity to play together until 2006-2007 when they were classmates at the Manhattan School of Music and the Banff International Workshop in Jazz and Creative Music. “While at Banff, we had many opportunities to experiment and record together. These first trio compositions (among them 'Revisiting A Past Self') laid the foundation for this project. Over the years Linda and I have toured and recorded with the Le Boeuf Brothers and Pascal's Triangle in addition to various sideman gigs around NYC," said Le Boeuf.

The recording session for Pascal's Triangle was originally intended as a jazz/electronic cross-over project. Many of the compositions the trio recorded were connected to a larger vision involving layered recording techniques and replacing electronic instruments in beats that were sequenced in Le Boeuf's computer prior to the session. He explains, “though this vision was successful (I plan to release these at a later date), I enjoyed the spontaneity of the more acoustic songs, and when I took the electronics away, the compositions all had an intimate conversational feeling. I had to laugh at myself when I realized my drive to innovate through electronic music took me full-circle to my jazz roots and to a new jazz trio project."

More on Pascal Le Boeuf: DownBeat Magazine describes him as having “a strong percussive element to his playing, which he combines with a keen sense of dynamics." Pascal Le Boeuf's list of awards is a lengthy one, including Independent Music Awards for Best Jazz Song and Best Jazz Album in 2005, and Best Eclectic Song and Dance/Electronica Song in 2012; 1st place in the International Songwriting Competition; several ASCAP Young Composer Awards and various awards from DownBeat Magazine.

Additionally, Mr. Le Boeuf has received grants/commissions from Chamber Music America (CMA), ASCAP/IAJE, and the National Foundation for Advancement in the Arts (NFAA). He has also toured internationally and performed at the Monterey Jazz Festival, the Montreal Jazz Festival, the Kennedy Center, the Umbria Jazz Festival, and Jazz @ Lincoln Center.

The New York Times says, “this group has an impressively self-assured new album, which reaches for the gleaming cosmopolitanism of our present era." Pascal's Triangle, features original compositions performed alongside Linda Oh (Bass) and Justin Brown (Drums), will be released on Nineteen-Eight Records on May 28, 2013.