SOURCE: TWO FOR THE SHOW MEDIA
January 5, 2012
Sign in to view read count 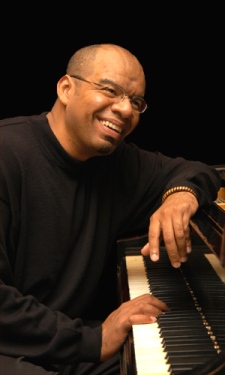 slideshow
Universal Mind is the perfect title for the newest release from Luis Perdomo. The three-way connection between the extraordinary jazz pianist and composer and his world-class collaborators, bassist Drew Gress and the legendary Jack DeJohnette on drums, is apparent from the first moments of this exhilarating new release from RKM Records. The Village Voice called Perdomo “a rather amazing improviser" and added, “The pianist is making a name for himself by feverishly assaulting the progressive edge of mainstream jazz." With Universal Mind that assault has now been fully executed.