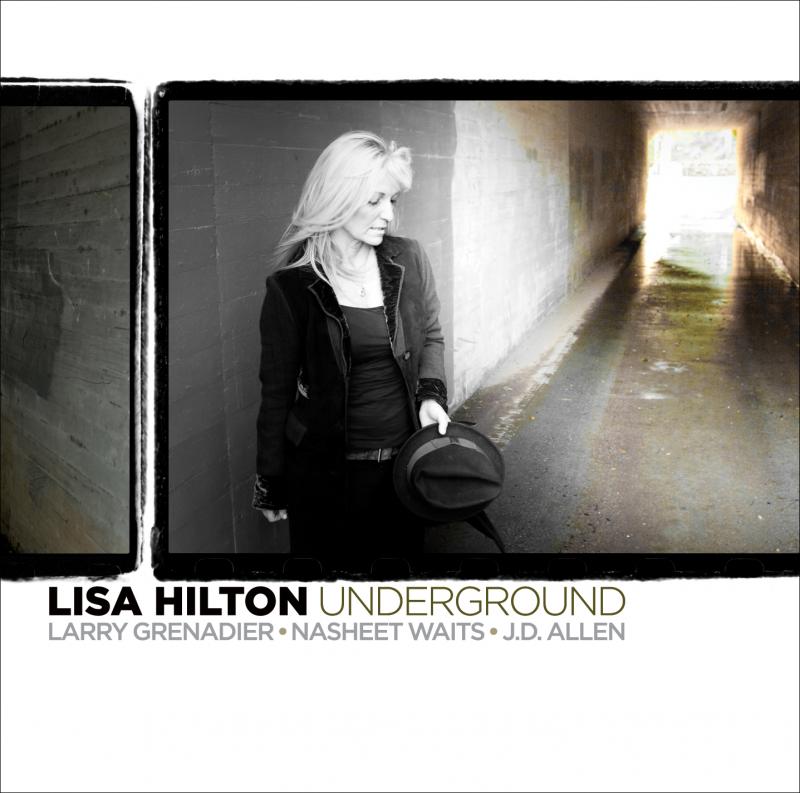 Critically acclaimed pianist/composer/band leader Lisa Hilton's thirteenth stateside release finds her, once again, working with a stellar line—up of top flight jazz musicians: Larry Grenadier (bass), Nasheet Waits (drums) and J.D. Allen (tenor sax), imbuing UNDERGROUND, and Hilton's compositions with straight ahead jazz that has warmth, beauty and soul. “I'm a fan of traditional jazz, but I am not a traditionalist," Hilton explains. UNDERGROUND showcases what Hilton describes as her new philosophy when composing. “I've taken a new approach that has allowed me to broaden my palette as a composer. I found inspiration in our beloved composers Miles, Muddy, Monk and other great jazz and blues musicians that are our wealth and legacy in America." The result is a sound that is alternately fresh, familiar, introspective, bluesy, evocative or rollicking, while showcasing the extraordinary talents of the band members.

Called a “Lioness of Jazz" by JazzReview and noted in the book, The New Face of Jazz, by Cicily Janus: “Hilton has been compared to some of the best pianists in history, such as Bill Evans, and Brad Mehldau." UNDERGROUND is infiltrated with what Downbeat Magazine has described as, “A deeply expressive style of coaxing sounds from keys and offering rich melodies and improvisations."

Growing up into a musical family in a small Southern California town, Hilton was passionate about the piano from a young age, and was later inspired by stories of her great uncle, Dutch pianist, Willem Bloemendaall. A simple colored keyboard guide allowed Hilton to teach herself to play the piano around six years old, and composing tunes soon followed. She avidly began the formal study of classical and twentieth century piano literature at eight, accompanied the school chorus at nine, led the flutes in the school band by ten, and later, accompanied high school theatre productions on the piano. As a teen, playing Standards and blues replaced Bartok and Beethoven. At college in San Francisco, she studied with a renowned piano virtuoso also known as a demanding teacher and perfectionist. Disillusioned with the classical canon and overly rigid instructor, Hilton suddenly opted out of the piano, switched her studies and graduated with an art degree, never touching the piano for years. In 1997, on hearing multi Grammy winning producer/composer David Foster, discuss composing, her long lost love for music and the piano was reignited. Hilton then began composing and recording every year since then.

The difficulties she experienced with her own music education, has led Hilton to contribute to music programs for children and teens, especially for those that serve the blind or the visually impaired. She has performed benefit concerts for Helen Keller's alma mater, Perkins School for the Blind, The Chicago Lighthouse for People Who are Blind or Visually Impaired, The Junior Blind of America, Camp Bloomfield and ArtsReach.

Hilton moved to Malibu, California in 1991 and her compositions draw inspiration from other West Coast musical luminaries and one time Malibu residents as Miles Davis, Stan Getz, and Horace Silver, and her friend Joe Zawinul. Besides composing, performing, recording, and producing all recordings, Hilton has written for Jazziz and Jazz Times magazines, authored a popular children's book, and is currently working on a book on musicianship.