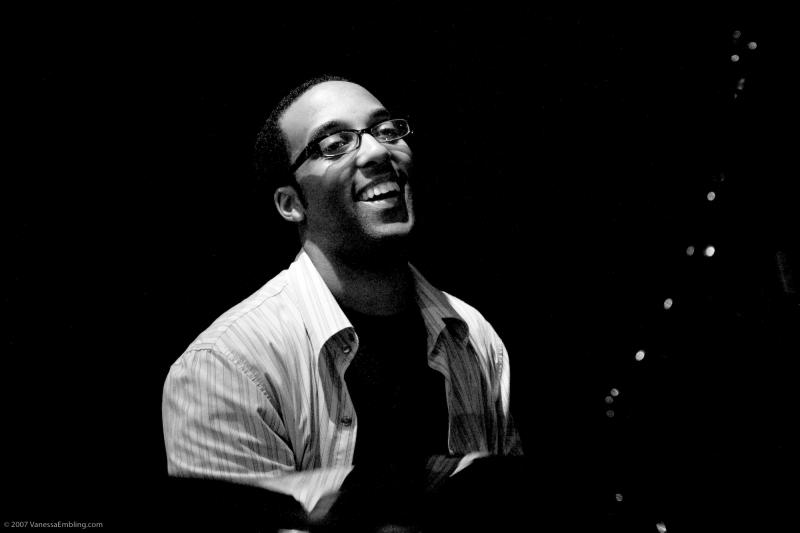 Most recently, Harris has been invited by Danilo Perez for the second year to participate as a performer and clinician at The Panama Jazz Festival. Harris will also be in Europe, where he has toured since 2008, where he is scheduled to conduct clinics and concerts. He will also be performing at the Cambridge River Jazz Festival with Terri Lyne Carrington on June 1, 2013. Harris has released three albums under his own leadership, The Butterfly Chronicles (2007), Freedom Doxology (2008) and Chapters (2010). On February 26, 2013, Harris proudly releases his new recording, Museum Vol. 1, a collection of original compositions, or “exhibits", plus songs by Bob Marley and Wayne Shorter, featuring Richie Barshay, Steve Langone (drums), Kendall Eddy (acoustic bass), Jason Palmer (trumpet), Rick DiMuzio (tenor saxophone) and himself on piano, Fender Rhodes and vocals.

Kevin Harris' life and music are lessons in duality, in the idea of having your cake and eating it too. The pianist/composer simultaneously embraces and expresses the influence of Thelonious Monk, Wayne Shorter, Charlie Parker and Danilo Perez, alongside J.S. Bach, Beethoven, Scott Joplin, and the folkloric rhythms of Cuba. Harris' playing, his very being, also presents a contrast informed by geography: the understated elegance, soulfulness and deep personal family history of his native Kentucky coalesces with the elevated energy and hustle and bustle of his adopted home town, Boston, Massachusetts (and New York City, where he is spending part of his time these days), to form a highly unique person and musician. Harris has also garnered praise and recognition for his distinctive combination of traditional and contemporary music, within which he consistently, and naturally, explores these various elements of his life.

With the upcoming release of Museum Vol. 1, Harris introduces us to another side of his artistry, the influence and “collaboration" with visual art, specifically its presentation, inspired by his wife's, and now his, love and passion for art. The album is, “a personal collection of concepts in song form, with each piece an exhibition for you to experience," explains Harris. He elaborated, “imagine a museum occupied with exhibits of your most courageous dreams and your most challenging fears. In each room, hang collections and recollections of continually changing architecture that perfectly frame your greatest adventures past, present, and future."

More on Kevin Harris: JazzTimes Magazine says, “Harris possesses a spare style and gentle touch", and The Boston Globe states that “Harris has worked to refine the creative push and pull of a music that demands it." One of the captivating elements of his group is the level of comfort and understanding they have with one another as they dive into passionate music conversations as well as playful exchanges. Both his live performances and his recordings reflect Harris's determination to capture his audience through thoughtful music interactions and soaring solo sections.

Harris performs at renowned national and international venues such as The Blue Note (NYC and Milan), Scullers Jazz Club, The Regatta Bar, Wang Theatre, Jordan Hall, Berklee Performance Center, Wally's Jazz Café and many others. He has also participated at Jazz Festivals in Panama, Havana, and Boston.

Kevin holds a master's degree in jazz performance from the New England Conservatory and an undergraduate degree in music education (Morehead State University, KY). At The NEC, he studied with Fred Hersch, Mike Cain, Cecil McBee, George Garzone, and Danilo Perez, and performed with George Russell, Benny Golson and Bob Brookmeyer. After graduation, Harris worked at defining himself and his music through partnerships with key musicians and also studying and arranging the music of masters in the jazz and classical realms. The perpetual search for growth and new expression is clearly evident on his recorded works.

Harris is currently on the faculty at Berklee College of Music where he teaches piano, jazz ensembles, and summer theory classes; in previous years he has also taught classes at the Boston Arts Academy, and collaborated with the North Eastern University Fusion Art's Program teaching students from Brazil, India, and South Africa. Committed to the community and to getting youth involved in music, Kevin has conducted clinics and master classes in both public and private schools throughout the USA and abroad. In 2000 he started five separate band programs with help from “Arts In Progress," a Boston based arts organization.