SOURCE: TWO FOR THE SHOW MEDIA
January 20, 2010
Sign in to view read count 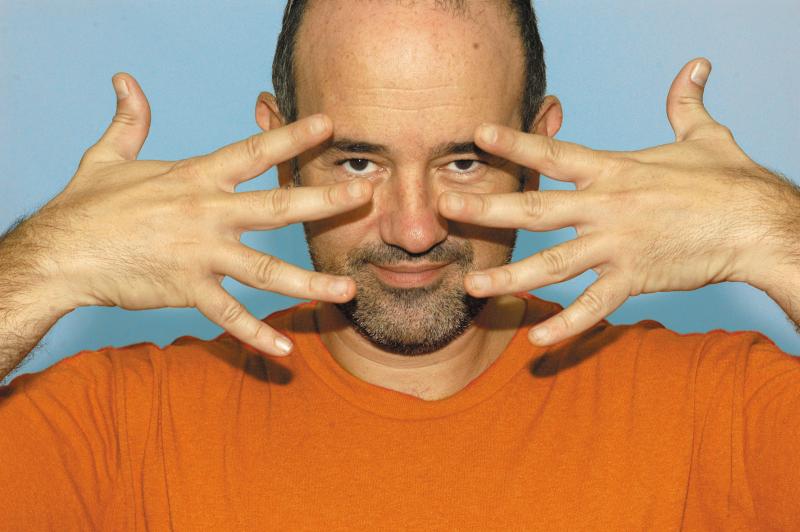 slideshow
The New York based Argentinean pianist, composer & arranger Emilio Solla brings in 2010 with an unparalleled recording that demonstrates the pure musical mastery of this artist on the rise. Bien Sur!--his sixth CD as a leader, was completed in the summer of 2009 with his ensemble, The Tango Jazz Conspiracy. The recording date includes special guest drum legend Billy Hart, saxophonist Chris Cheek, Jorge Roeder on bass and the great Richie Barshay on drums. The music Solla introduces on Bien Sur! can be categorized as world jazz with an influence of Argentinean folk tradition coupled with elements of tango which blend into a fascinating session of non-traditional jazz. Solla, who is one of the most inventive pianists on the scene today, arranges and composes the majority of this project. He is a classically trained musician who draws on this experience in his approach to composing and arranging throughout the recording. Bien Sur! is a beautiful piece of classical “Tango Jazz", a genre frequently developed by Argentinean musicians, many of them, paradoxically, living abroad. Bien Sur! is sure to top many of the “best of" lists for 2010.

“It can sometimes be interesting to see in just what way a dream can come true. For instance experiencing the romantic passion of Piazzolla's music from the audience, to desiring the experience of actually participating, to the realization of this through the beginning of a beautiful friendship. This is in fact what happened to me in what seemed to be a chance meeting with Maestro Emilio Solla. This meeting turned into a wonderful collaboration with Emilio's ensemble, a remarkable live performance and an incredible recording experience. I sincerely hope you enjoy this offering as much as I do." --Billy Hart

Mr Solla got his degree in Classical Piano from the National Conservatory of Music in Buenos Aires in 1986. He studied composition, arranging, counterpoint, improvisation and conducting in Buenos Aires, Barcelona and New York with teachers such as Susana Kasakoff, Gabriel Senanes, Miquel Ortega and Bruce Barth.

His former works cover a wide range of styles, from traditional Argentinean tango to classical, from rock to jazz, from theatre to dance, and include many recordings and concerts (in many occasions as arranger and musical director) in Latin America with a large number of well-known tango, pop and jazz singers, such as Jorge Sobral (first Piazzolla's singer), Cecilia Rossetto, Miguel Cantilo and Alejandra Martin to name just a few.

In 1983 he started to compose and play his own music, a fusion of modern Argentine tango and folklore with jazz and other contemporary music styles. His first band, Apertura, was praised by Astor Piazzolla as one of the most interesting new sounds in the Buenos Aires scene. Nowadays, with six CDs as band leader for the prestigious Fresh Sound Records label and concerts all around Europe, Japan, and the US, he is considered one of the most outstanding and personal voices in this musical stream (generally referred to as “tango-jazz").

Solla moved to Barcelona in 1996, and to New York in 2006, always in search of personal and artistic growth. Since in New York, he has composed, arranged for and performed with Paquito D'Rivera, Arturo O'Farrill's Latin Big Band and Pablo Aslan's Avantango, among others, besides performing with his NY Tango Jazz Conspiracy in some of the main venues in town, like the Jazz Standard, Smalls or Dizzy's, featuring Chris Cheek, Victor Prieto, Jorge Roeder and Richie Barshay. This quintet is releasing its first CD, Bien Sur! (Fresh Sound, 2009), with special guest Billy Hart. He continues to tour Europe twice a year with Emilio Solla & Afines, his Barcelona's based quintet, while working as a free-lance arranger and pianist in different projects in NY.