SOURCE: ALL ABOUT JAZZ PUBLICITY
April 7, 2009
Sign in to view read count 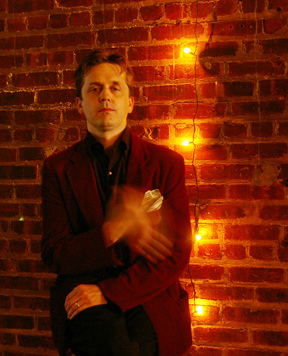 slideshow
Composer and pianist Barney McAll is a leading light of the new Brooklyn--the New York borough that is the fount of much that is new in jazz. The spectrum of McAll's music is wide, ranging from mood-setting jazz ensemble recordings to electronica. But it all comes down to the notes, and their relation to each other. As McAll says about growing up with and learning music, “If you have a piano in the house that's a start." Organic music is both the source and the destination.

McAll's fifth album, Flashbacks (Extra Celestial Arts, 2008), has its launch party April 8, 2009 at New York's The Jazz Standard. The launch will feature leading musicians such as Billy Harper and Ben Monder. AAJ Contributor Simon J. Harper spoke at great length with McAll about his five albums, working with Gary Bartz, film music, and much much more in Barney McAll: Dynamic Pianist And Composer, the first of a number of features at AAJ today to shine a spotlight on McAll and his music.

AAJ will also be featuring four MP3 Daily Downloads, so that you can hear a broad cross-section of music from McAll's discography. Here's what will be available:

Finally, you can watch McAll in action, from a 1990s Australian Television Broadcast with his Barney McAll Unit, today's AAJ Daily Video.

AAJ continues to bring you the most extensive jazz coverage on the web. Check out all the buzz surrounding Barney McAll at AAJ today!