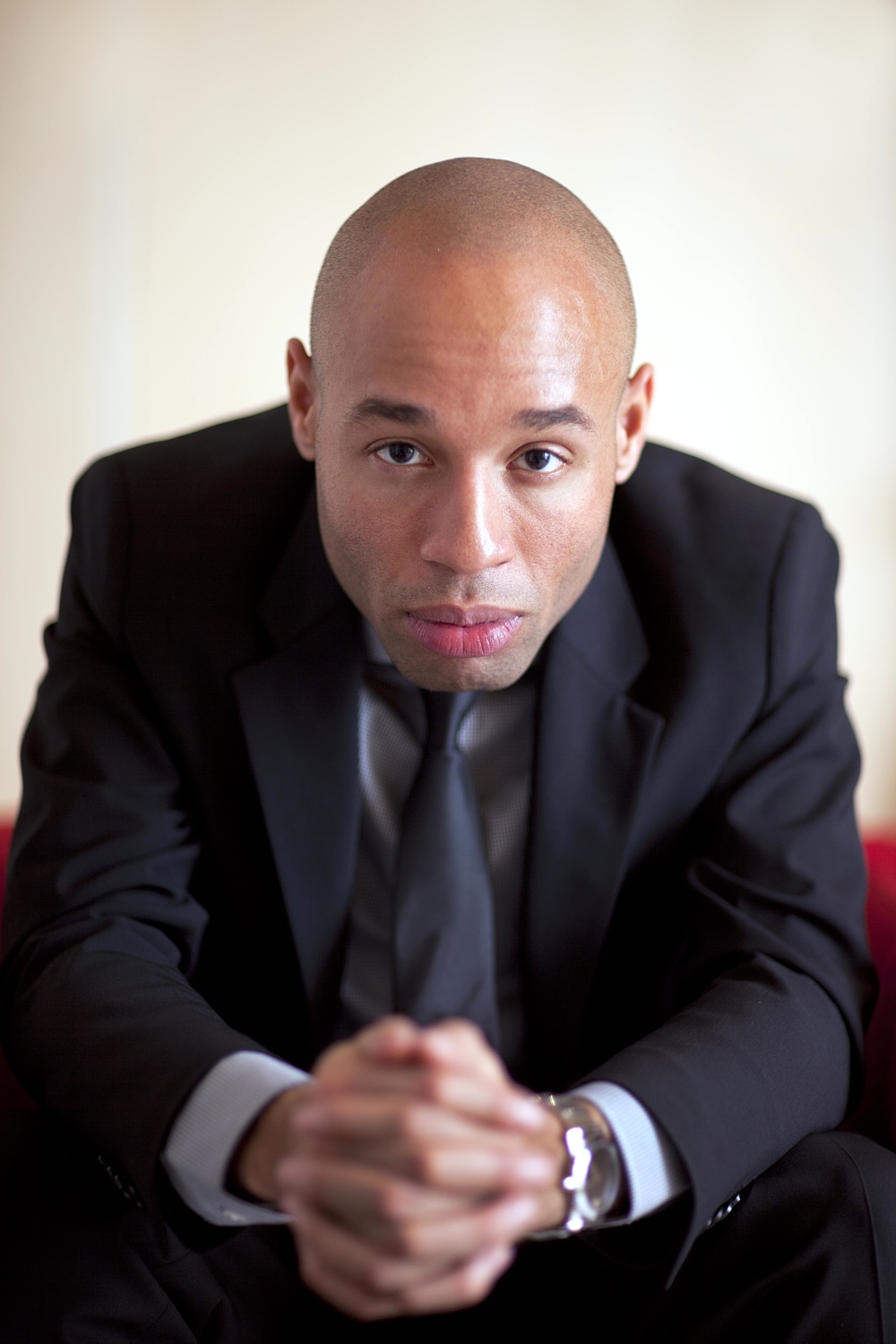 slideshow
In fashion circles, the adjective “bespoke” denotes custom-made suits and shirts and signifies the person who designs and constructs them. On The Bespoke Man’s Narrative, his brilliant Mack Avenue Records debut, pianist Aaron Diehl extrapolates this notion to matters of musical invention.

“The idea for the metaphor was that the composition and concept were specifically for these musicians,” Diehl says, referring to his working quartet of 30-ish all-stars – vibraphonist (and Mack Avenue artist) Warren Wolf, bassist David Wong and drummer Rodney Green – that interprets the five originals and five arrangements comprising the program. “There’s a sequence, an arc, a beginning, middle and end. Each piece has something to do with my musical development.”

The project gestated in April of 2011 in Indianapolis after Diehl, 26, earned first place in the rigorous Cole Porter Fellowship in Jazz Competition of the American Pianists Association. The award garnered him $50,000 in career support and an opportunity to record with Mack Avenue Records.

“I thought it would be wise to use the opportunity to document this ensemble,” Diehl states. “I decided to compose and arrange music in line with our own sound and conception, while using the strategies of bandleaders like John Lewis and Duke Ellington, who developed their music in line with the abilities of their personnel.”

Diehl is singularly positioned within his generation to apply these lessons to a contemporary context. An alumnus of Todd Stoll’s Columbus (Ohio) Youth Jazz Orchestra, which specializes in performing a broad timeline of Ellington’s music, he spent the last six months of his sophomore year at Juilliard – he was 19 at the time – helping pianist John Lewis’ widow, Mirjana, to organize her late husband’s archive of manuscripts, scores, reel-to-reel tapes and recordings. Already intimate with the stride piano canon from his teens, Diehl applied the quality time with Lewis’ Bach-to-blues oeuvre towards finding a conceptual space in which to coalesce his varied interests.

This quartet initially took shape in 2008 – then with drummer Quincy Davis – when Diehl was asked to play a concert of Lewis’ music. By an April 2010 performance of this repertoire at Dizzy’s Club Coca-Cola, Rodney Green had assumed the drum chair.

“Warren is a virtuoso,” Diehl says of his fellow Mack Avenue artist. “There couldn’t be anyone more appropriate to play the part of Milt Jackson. David is a fluid, precise player with a lot of finesse and a strong bow, who comes straight out of the bebop-based approaches of Percy Heath and Paul Chambers. Mrs. Lewis said that John would have loved him.

“I hadn’t realized it, but Rodney listened a lot to Connie Kay, and told me that one reason he wanted to be part of this project was to get more inside Connie’s approach.”

In preparing this program of creative refractions of the aforementioned oeuvres, Diehl focused on nurturing an ensemble sound. “Rather than feature just my piano playing, I like to involve everybody in the process,” he says. “Sharing the wealth allows for more musical possibilities.”

For all his collective orientation, Diehl commands attention at the piano. Addressing a Fazioli F-228 grand piano, he showcases a nuanced touch, a comfort zone with tempos ranging from rubato to brisk, encyclopedic harmonic knowledge, an abiding sense of blues expression and a will – when necessary – to swing. He’s assimilated vocabulary across the timeline, finding fresh, idiomatic ways to mix-and-match ideas drawn from a diverse cohort including, among others, Lewis, Ellington, Ahmad Jamal, Marcus Roberts and Kenny Kirkland. As he puts it, “My overall goal is trying to figure out how to connect all the language to make an interesting and engaging performance, and also develop my own voice. Why limit yourself to just playing something here and something there? It’s all gold.”

Diehl’s all-jazz-is-modern attitude dates to formative years. “I started young with Bach, so going into jazz, I had an affinity for piano,” he says. He also developed a feeling for music’s ritualistic functions by playing for Mass in the Catholic Church that his parents attended, as well as services held for a primarily African- American clientele at his father’s funeral home. At 13 he joined Stoll’s Columbus Youth Jazz Orchestra; at 16 he took a steady trio gig in a Columbus hotel lounge; at 17, directly after graduating high school, he joined the Wynton Marsalis Septet for a European tour of one-nighters. That fall, he matriculated at Juilliard, where Oxana Yablonskaya worked with him on “how to develop various aspects of my sound.”

The group simpatico shines through on “Moonlight In Vermont,” to which Diehl imparts an Ahmad Jamal meets the MJQ feel, establishing bespoke ensemble support for solos by Wong and the leader.

The chops come out full force on “Stop and Go,” a boppish contrapuntal quartet piece that, Diehl says, “alternates between half-time and double-time.” He adds that the term is used in aviation (Diehl’s a licensed pilot who learned to fly in high school) that is used when you land on the runway, briefly touch the ground, stop and then immediately take off again. “Aviation has always been my second passion, ever since my father began flying when I was a toddler. After earning his license, my mom wouldn’t fly until he had a few more hours logged, but my sister and I never declined opportunities to get in the air.”

Diehl wears his classical erudition lightly on a gorgeous trio re-imagination of the “Forlane” section of Maurice Ravel’s “Tombeau de Couperin.” He approaches George Gershwin’s “Bess, You Is My Woman Now” similarly, improvising intensely on the melody while remaining true to the score.

“This record is just a starting point, something on which to build and invest,” Diehl says. “Hopefully, over the long term, the ensemble will develop and refine a band sound.” Devotees of the idiom will eagerly await the process.