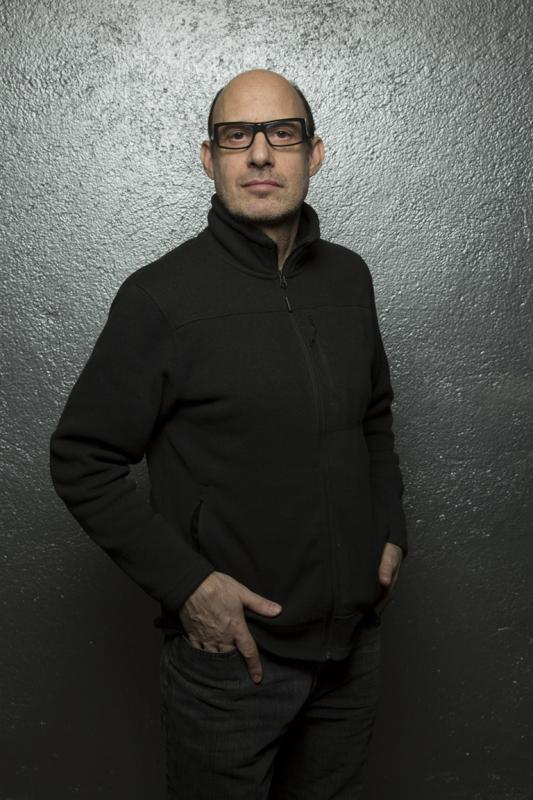 slideshow
“[Katz] has developed an exceptional body of work in the jazz field, covering the elder statesmen, the icons, the mainstream and the young lions. In the process, he has developed his own style with the camera that is as identifiable as Armstrong’s tone on trumpet or Coltrane’s sound on tenor sax.”—Michael Cuscuna, producer, Blue Note Records

For nearly 30 years, photographer Jimmy Katz has documented the world of jazz—crafting iconic portraits of legendary artists, capturing historic moments in the recording studio, or encapsulating the thrill of a nightclub performance in a single fleeting image. Now, with his groundbreaking new non-profit Giant Step Arts, he’ll not only shoot those indelible musical moments, he’ll create them—and the artists themselves will reap the rewards.

Beginning in January, Katz will present a series of live concerts featuring some of modern jazz’s most innovative artists in unique premiere performances and workshops, all recorded for independent release and captured by Katz’s perceptive eye. Instead of using these events for personal reward, he’ll pass the recordings on to the musicians to sell themselves, an unprecedented deal that feels especially rare in today’s self-obsessed cultural climate. The musicians will be well compensated, own their own masters, and Katz will provide them with 700 CDs as well as digital downloads to sell directly, bypassing the profit-sharing incurred in the record label model.

“Giant Step Arts will not be selling any music,” Katz says. “We have two goals: help the musicians and raise more money so we can help more musicians.”

Giant Step Arts will launch with two nights at New York City’s Jazz Gallery on January 21-22, featuring what are sure to be four unforgettable sets by The Johnathan Blake Trio featuring saxophonist Chris Potter and bassist Linda Oh. This singular trio brings together one of the most influential tenor saxophonists in modern jazz with a highly- regarded, rising star bassist, under the leadership of one of the music’s most adventurous drummers. In coming months, the series will also present acclaimed saxophonist Rudresh Mahanthappa leading a new trio, and brilliant trumpeter Jason Palmer leading a quartet featuring sax giant Mark Turner and bassist Ben Williams.

Each of these concerts promises to be among the highlights of the 2018 jazz calendar, but even more importantly they’ll be recorded for posterity. Katz is an esteemed recording engineer who has worked with artists including David S. Ware, Joe Lovano, Harold Mabern, William Parker, Benny Golson, Jason Palmer, Chris Potter, Rudresh Mahanthappa and Mark Turner among others.

Katz will also create a short film specially tailored to each of the artists – living portraits that will be available online to the public and will help introduce the musicians’ unique personalities to the world in the way that his photos have done for decades. Katz’s striking images will play a role in every Giant Step Arts presentation via slideshows or gallery exhibitions.

The musicians will be given total freedom to choose their collaborators, musical direction, and even the venue for their performances. In return, they’ll give back by teaching master classes to students and the general public, which will be filmed by Katz. Each event will take place at a not-for-profit institution of the artist’s choosing, with free tickets available for students of the New School.

“I feel very strongly that the arts are not supported in this country,” Katz says. “I’d like to raise the profile of each of the musicians. I’m interested in supporting the highest level of creativity in what I believe is the greatest art form- jazz. Giant Step Arts will give musicians the opportunity to fulfill their dreams with no strings attached.”

The only stipulation that Katz places on the artists is that they perform original compositions, and that they strive to offer impassioned, truly remarkable music – none of which should be a challenge given the caliber of the names involved. “I’m looking for raw, intense, emotional playing.” Katz says. “That’s the kind of feeling that I believe is at the heart of jazz. I expect these artists to try to create a masterpiece- however they define it.”

In partnership with his wife Dena, Katz has shot more than 520 recording projects and created more than 180 magazine covers in the jazz arena alone. It’s been not only a profession and a passion, but a source of unending inspiration that he hopes to repay through this exciting new endeavor. “I shoot based on the philosophy of Ornette Coleman and Andrew Hill,” Katz says, praising those pioneering artists’ dedication to following a path of individuality and total freedom. “I always strive to make sure that there’s a unique sound to every image, the same way that Pharoah Sanders or Joe Lovano have achieved a recognizable tone on the tenor saxophone.”

Giant Step Arts was born from a generous gift by a group of anonymous donors, and Katz hopes that the stellar nature of the series’ initial offerings will entice additional contributions. Having been a keen observer of the jazz industry for so many years, he’s seen drastic changes in the nature of the record business and the political climate of the country and was moved to offer his own innovative solution.

“I’ve seen the industry from lots of different angles: from the musician’s perspective, from the media perspective, and from the record label perspective,” Katz explains. “In the current political climate, I feel it’s really important to support positive ideas in the arts. As artists, it’s our role to stand for the greatest aspects of American culture. This, after all, is what has always made America great.”

Award-winning photographer Jimmy Katz has documented the lives and music of the most illustrious jazz musicians performing in New York City over the past two and a half decades. Katz has photographed more than 520 recording sessions, many historic, and over 180 magazine covers, gaining unprecedented access to the major players. Whether taken in the studio, in the clubs, on the streets or in the musicians’ homes, his photographs offer intimate portraits of the artists at work and in repose and capture the collaborative and improvisatory process of jazz itself. Recipient of the Jazz Journalists Association award for jazz photography in both 2006 and 2011, Katz is represented by the PDNB Gallery in Dallas TX and Phocus Agency in Italy. His work has been exhibited in Germany, Italy, Austria, The Netherlands and Japan. Among the world- renowned artists he’s photographed are Sonny Rollins, Keith Jarrett, Ornette Coleman, Freddie Hubbard, Roy Haynes, Cassandra Wilson, Dianne Reeves, Joe Henderson, McCoy Tyner, Ray Charles, Dave Brubeck, Ron Carter, Quincy Jones, George Benson, Joe Lovano, Herbie Hancock, Wayne Shorter, Max Roach, Wynton Marsalis, John Zorn, Christian McBride, Dave Holland, Brad Mehldau, Chick Corea, Elvin Jones, Jim Hall, Abbey Lincoln, Pat Metheny, Dizzy Gillespie, Betty Carter, Lee Konitz and Tito Puente. In addition to his well-known visual art, Katz is also a renowned recording engineer.