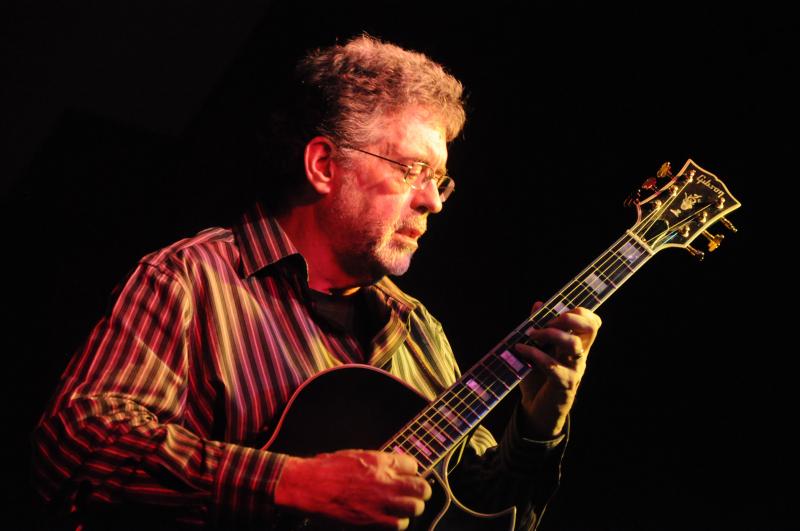 A guitar legend, Anderson is still an active concert performer and composer as well as a master guitar teacher. Mentoring the next generation of jazz guitar players comes out of his cornerstone beliefs about the power of music and creativity to change lives. For Anderson, offering his lessons online and through Skype to a national and international group of up-and-coming players is all part of keeping a promise.

As he tells it, “In the summer of 1972, I visited my parents in Paris, Texas. As a professional east coast jazz guitarist, my visit was anticipated by the local music store and local guitar students. When I visited the store, I was asked if I would answer questions about my experiences with the guitar. A group gathered around, sat on the floor and asked questions. One question was particularly memorable. A student said, ‘The best guitar teacher within 300 miles can’t teach jazz guitar. Could you stay here and teach us?’ I answered that I had my students and my work waiting for me back home. I did, however, make what would ultimately be a prophetic promise. I said, ‘I don’t know how, but someday I’ll be able to teach you without you leaving Paris, Texas. I will also be able to help other guitar players around the world.’”

Without realizing it, he had anticipated the advent of the Internet. This was 17 years before commercial Internet service was available to the public. Today, his online Jazz Guitar Studies program and Skype teaching allow him to keep the promise made that summer day in 1972.

“Besides being an outstanding musician,” explains John Marshall of Martin Guitar Company, “Chuck Anderson has developed a worldwide reputation as an innovative music educator. Noted as an author and researcher, he has developed methods and teaching materials which have helped musicians to develop their creative potential.”

Anderson’s track record of creating successful students is impressive. Michael Sembello went directly from his studies with Chuck to working with Stevie Wonder at the age of 19. After seven years with Stevie, Michael created, sang, arranged and played on the chart topping “Maniac” from the film “Flashdance.” Al Anderson, guitarist with Bob Marley and the Wailers is another alumnus. Alan Slutsky who won two Grammys for his creating, writing, producing and playing on the famous documentary film “Standing in the Shadows of Motown” also studied with Anderson.