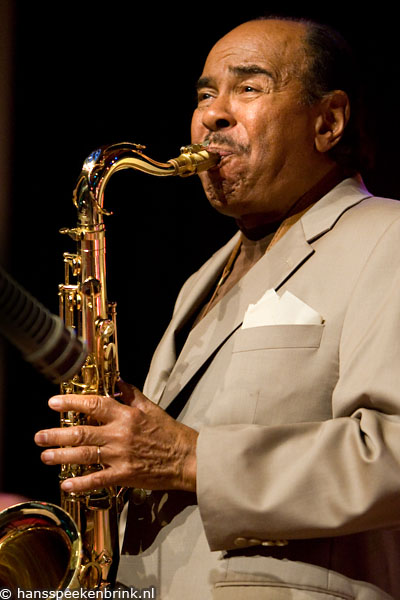 slideshow
PHILADELPHIA, PA — Mayor Michael A. Nutter will officially proclaim April 2014 Philadelphia Jazz Appreciation Month and launch the month-long celebration during an April 3 press conference at City Hall. The event will honor Philadelphia-born jazz legend Benny Golson and include a live performance by the Francois Zayas Trio. Philadelphia Jazz Appreciation Month (Philly JAM) shines a spotlight on the city’s special place in the history of jazz, and encourages people of all ages to experience, appreciate and participate in Philadelphia’s flourishing performance scene. Organized by the Philadelphia Jazz Project, this year’s Philly JAM will feature scores of performances by the Delaware Valley’s finest jazz practitioners at venues large and small across the city, along with workshops, celebrations, events and a surprise pop up performance.

“Philadelphia is home to a rich jazz legacy and a dynamic music scene,” said Mayor Michael A. Nutter. “This April, we observe National Jazz Appreciation month and celebrate Philadelphia’s past and continued contribution to American jazz history. What better time to go out and experience Philadelphia’s vibrant jazz performance scene?”

Free Philly JAM events in April will have an educational, accessible focus, inviting new audiences to explore and experience America’s original art form. Among the myriad events, after-work “Dizzy Hours” (named for renowned jazz trumpeter Dizzy Gillespie, who acquired his famous nickname while living in Philadelphia) will invite audiences to learn about the fundamentals of jazz from local luminaries at the Gershman Y; Franklin Square Park will host Kids’ Jazz Party, a hands-on, family-friendly music and dance party celebrating jazz rhythms and melodies; and two free concerts will be held at the Free Library of Philadelphia. These events, along with scores of ticketed performances hosted by venues around the city, will make Philadelphia in April the best place to experience all that the contemporary jazz scene has to offer. [See schedule below]

“Jazz is America’s original art form, and Philadelphia has always been an integral part of shaping and molding it,” said Jackson. “There are an incredible array of musicians – from our elder statesmen to young upstarts – performing in every musical style here, playing huge concert halls and tiny clubs. We want Philly JAM to be an annual event that champions Philly’s rightful place as a great American jazz city.”

Philly JAM launches Thursday, April 3 at 11 a.m. at City Hall. Schedules of April’s free and ticketed performances around the city can be found online at philadelphia.jazznearyou.com.

More details on these events and performances, as well as a list of events throughout the city, can be found online at philadelphia.jazznearyou.com. For more information about Philly JAM, please visit philajazzproject.org.

Diva-Nation
A series of monthly community gatherings to share experiences, best practices and passions
Location: TBA. Events are held at venues that provide services for women and girls.

Jazz Appreciation Month is a project of the Smithsonian Institution’s National Museum of American History and this year marks the 13th anniversary of the national celebration. It is designed to draw more public attention to the iconic tradition of jazz and its importance as an American cultural heritage. The goal of JAM is to stimulate the current jazz scene and encourage people of all ages to participate in jazz by studying the genre, attending concerts, listening to jazz on radio and recordings, reading books on the topic and supporting institutional jazz programs. For more information on the national program, please visit smithsonianjazz.org.

The Philadelphia Jazz Project works to inspire a network to support, promote, archive and celebrate the diverse elements within the Philadelphia jazz community, with the larger goal of connecting to the global community. It is a sponsored project of the Painted Bride Art Center, with funding provided by the Wyncote Foundation.

ABOUT JAZZ NEAR YOU

Jazz Near You is the leading platform for jazz events on the web—supporting 250 cities worldwide. Their mission is to inform jazz fans and alert them to local concerts, resulting in improved audience attendance and fostering greater collaboration in the jazz communities it serves. The Jazz Near You platform consists of a website, a weekly events newsletter, an app, maps, feeds and widgets. It's fully integrated with All About Jazz.

As a young art student, jazz nurtured Philadelphia native, Homer Jackson’s creativity provided an outlet for self-expression. In 1980, Temple University’s jazz radio station, WRTI, recruited Jackson to host a weekly program and produce a monthly magazine, where he contributed to programming until 1988. Jackson is also known for creating performances in collaboration with artists such as the late violinist Leroy Jenkins, Twin Cities-based instrument maker and former Association for the Advancement of Creative Musicians president Douglas Ewart, as well as the award-winning, Philadelphia-based hip-hop ensemble the Roots.

Jackson earned a BFA from the Philadelphia College of Art and his MFA from Temple’s Tyler School of Art. His work is presented as installation, performance art, public art, digital media, video and audio. He has been a grant recipient of the Pew Charitable Trusts, the Pennsylvania Council on the Arts and the National Endowment for the Arts, among others. In 2012, Jackson launched the Philadelphia Jazz Project. The mission is broad and ambitious and aims to galvanize the base of jazz fans, reach new audiences, and support the future of jazz by building bridges between different communities.