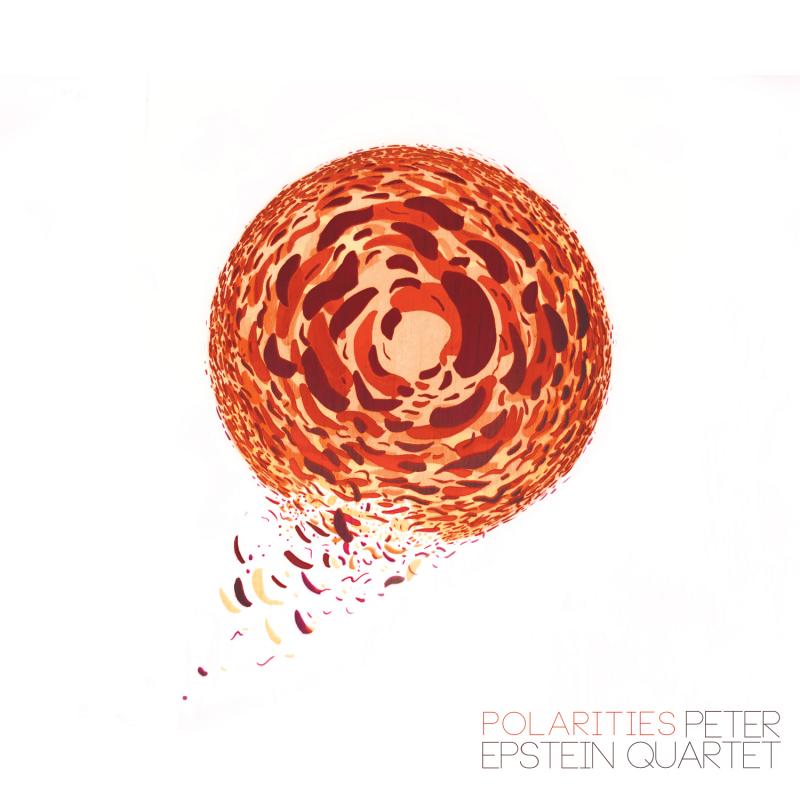 Reno-based saxophonist Peter Epstein, whose new Songlines CD, Polarities, has garnered such strong reviews as “it's music of a higher order that's filled with endless surprises...expanding and contracting in fascinating ways" (allaboutjazz.com) and “it's a controlled burn...Epstein never loses the lyricism that defines his style"(Improvised blog), will tour throughout the US in the late summer/early fall.

Epstein's slate of performances will begin in NYC on July 29, with a Konceptions Jazz Series show at Korzo Restaurant in Brooklyn. Epstein's quartet - Sam Minaie on bass and Mark Ferber on drums, with Stephanie Richards subbing for Ralph Alessi on trumpet - will take the stage at 9:00 PM; after their set, Epstein and Ferber will join bassist Chris Lightcap in pianist (and Songlines label-mate) James Carney's quartet for a 10:30 PM show as well.

Epstein will remain in NY for several other significant shows, though not as a headliner. On August 2, he'll join saxophonist Chris Clark, who studied under him at the University of Nevada, Reno (where Epstein is the Director of Jazz & Improvisational Music) and who released his debut CD, Cedar Wisely, on Songlines in 2013, when Clark's quartet performs at Branded Saloon in Brooklyn. That group also features bassist Minaie and drummer Caleb Dolister. On August 3, Epstein will head across the bridge to Astoria, where he'll join Trample Man, a trio comprised of Christian Coleman on drums, Broc Hempel on piano and Sam Trapchak on bass, at Dominie's Astoria. Later in August, on the fourteenth, Epstein will be featured at the SIM (School for Improvisational Music)Faculty concert at the Brooklyn Conservatory of Music, along with pianist Andy Milne, bassist Michael Formanek, and drummer Tom Rainey.

From September 8th through the 12th, Epstein will reunite the quartet on Polarities(Minaie, Ferber and Ralph Alessi) for a series of west coast shows, as follows:

Peter Epstein began his career in 1984 in Portland, Oregon. After several years apprenticing with many of the region's top jazz artists, he relocated to Los Angeles,California to study jazz saxophone and various world music genres at California Institute of the Arts. After receiving a Bachelor of Fine Arts degree from CalArts in 1992 he moved to Brooklyn, and has since appeared on more than 50 recordings and toured in 20-plus countries with artists including Brad Shepik, Ralph Alessi, Bobby Previte, James Carney, Joao Paulo, Jim Black, Scott Colley, Ravi Coltrane,Medeski, Martin, & Wood, Peter Erskine, and many others. Peter has recorded seven critically acclaimed albums as a leader: Staring At the Sun, The Invisible, Solus, Old School (all for the Japanese-American label MA Recordings), Lingua Franca (Songlines), Abstract Realism (Origin), and his latest, Polarities (Songlines 2014).

He is a founding member of the School for Improvisational Music in New York City and has taught numerous workshops at universities, conservatories, and music festivals around the United States (Eastman School of Music, California Institute of the Arts, New England Conservatory) and the world (Nepal, India, Slovenia, Poland, Sweden, Germany, Portugal, Colombia). He received his Master of Music Degree in Saxophone Performance from the University of Nevada, Reno in 2004. Currently, Professor Epstein is enjoying his tenth year teaching at the University of Nevada, Reno where he is the Director of Jazz & Improvisational Music and Associate Professor of Jazz Saxophone.Peter is a member of the Jazz Studies faculty ensemble, The Collective, and has appeared with the Reno Philharmonic Orchestra, Reno Chamber Orchestra, and Reno Jazz Orchestra. Recent honors include the 2013 Nevada Regents' Award for Creative Activities and a 2014 Nevada Arts Council Artist Fellowship. Polarities, his second album on Songlines, was released on May 13, 2014.