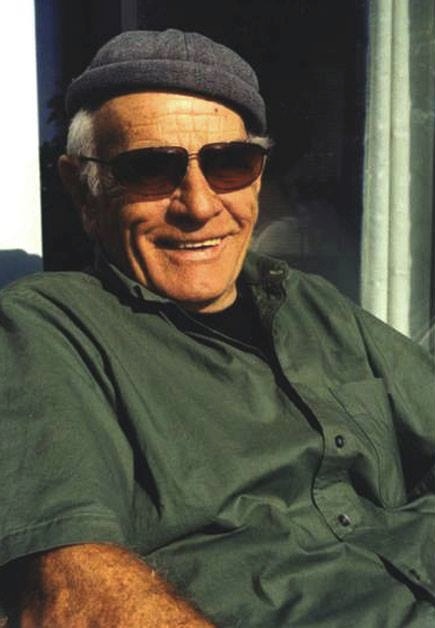 Legendary Impresario was Inspiration to Local and National Musicians, and Presenters

Half Moon Bay, CA: Pete Douglas, founder of the world-renowned music and jazz club, the Bach Dancing & Dynamite Society in Half Moon Bay, Calif., died peacefully in Miramar Beach on July 12, 2014 at age 85.

Pete Douglas was born in Waukegan, Illinois, in 1929. He and his family moved to the Los Angeles area in the 1940s after his father died, and his teenage years were spent growing up in Manhattan and Hermosa beaches. Soon, Douglas became engrossed in the city’s jazz scene, hanging out in jazz clubs listening to swing, early bebop and the cool sounds of West Coast jazz at such clubs as the Lighthouse Café.

Douglas graduated from the University of California Santa Barbara with a sociology degree in 1955, after serving in the Army in the Korean War. He married and moved to San Mateo County as an Adult Probation Officer.

In 1973, Douglas hired the then 19-year-old Tim Jackson, a Santa Cruz resident and musician to take tickets at the door. “Pete gave me my start in the jazz world in 1973 and has always been a mentor to me,” said Jackson, Artistic Director of Monterey Jazz Festival. “Pete was a pioneer in jazz presenting and presided over one of the longest tenured jazz venues in the country. His passion for quality music and developing audience engagement—or a ‘scene’ as Pete always said—was paramount and never diminished. He was truly unique and was able to develop a venue that expressed his own personal viewpoint. I will miss that chiseled face with the pipe and Greek fisherman’s cap (Etta James called him ‘Popeye’) and will always remember the spirit he brought to any conversation.”

Pete Douglas gave the Bay Area and Northern California a much-needed alternative and distinctive venue in which local and touring musicians could perform. As the San Francisco Clubs in North Beach were closing down in the late 1960s, the Bach was a perfect beach experience that reflected the nature of the curator.

Saxophonist David Liebman, a frequent performer at the Bach over the years, described Pete Douglas as the “Original Hipster.” “What a perfect ambiance,” Liebman recalled in an email. “A nice meal and drinks; playing jazz for an appreciative audience; a great piano; complete care of the musicians; all with the Pacific Ocean at your doorstep and of course Pete, who knew it all and would sit front and center listening like a hawk. He lived a long, full life and will be missed by all.”

Douglas is survived by his daughters, Linda Tichenor, Barbara Riching and Virginia Castillo and grandsons, Tony, Aaron, and Andrew Ackerman and Maxwell Riching and his granddaughters, Chelsea and Tina Castillo, and several great-grandchildren. Additionally, Pete is predeceased by his brother John “Jack” Douglas and survived by his brother Roger Dial. In addition to Pete’s family, Pete was loved by his many jazz supporters, including his right-hand manager, Linda Goetz. A memorial will be announced on the Bach Dancing & Dynamite Society’s website at bachddsoc.org where memorial donations may also be madeto the non-profit organization.