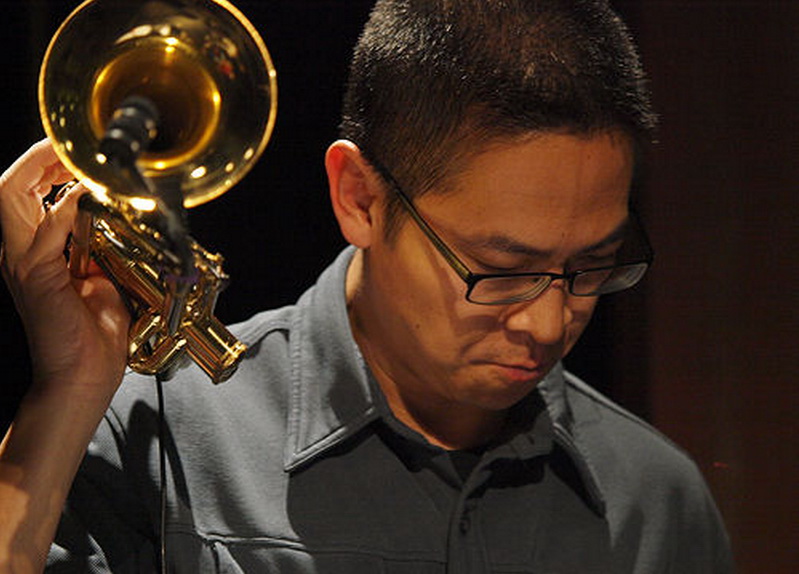 slideshow
PDX Jazz, the presenting organization of the Portland Jazz Festival in partnership with The Mission Theater, along with The Crystal Hotel and our media sponsor KMHD Radio, is set to continue the PDX Jazz @ The Mission Theater series with Cuong Vu on Wednesday, October 26th at 8pm. The world renowned Vietnamese trumpeter will be performing with the Seattle-based quartet, Burn List.

Burn List is a new collaboration out of Seattle featuring Vu on trumpet, tenor saxophonist Greg Sinibaldi, keyboardist Aaron Otheim, and drummer Christopher Icasiano. The group plays incredibly diverse styles, with influences ranging from Albert Ayler to Aphex Twin and Ligeti to Messhuggah, amongst their many other sounds. Expect a truly unique listening experience.

Vu, one of the world's premiere modern trumpeters, was born in Vietnam in 1969, before he and his family moved to Bellevue, Washington in 1975. His growing love for music earned him a full scholarship to attend the New England Conservatory of Music, where he met and learned under the guidance of Joe Maneri. From there, Vu took his talents to New York where he quickly made a name for himself on the local jazz scene.

He has since worked with diverse acts such as David Bowie, Laurie Anderson, Myra Melford, and Dave Douglas. Vu may be most recognized for his extensive work and touring with Pat Metheny. For his contributions with the Pat Metheny Group, Vu won a Grammy Award for “Best Contemporary Jazz Album," once in 2002 for the album Speaking of Now and again in 2006 for the album The Way Up. Additionally, Vu has released six critically acclaimed albums as a band leader, including 2001's Come Play With Me, which Amazon.com included on its list, “The 100 Greatest Jazz Albums of All Time."

His most recent album, Leaps of Faith, was released in February and was met with Vu's customary positive reviews. “Leaps of Faith is a musical paradox, conveying stillness and serenity through blatant expressions of noise. The results are brilliant." —Jazzreview.com. “That the band is able to make so many disparate elements intersect at all, let alone with cohesion and vitality, speak to Vu and the Band's marvelous imagination." —JazzTimes.

“Vu composes and plays a kind of music that is both jazz and not-jazz, post-rock without the pretention, metal without the cookie monster voice. Whatever it is, it's brilliant..." —Matt Cibula, PopMatters.com

“This young musician [Miguel Zenón] and composer is at once reestablishing the artistic, cultural, and social tradition of jazz while creating an entirely new jazz language for the 21st century." —MacArthur Foundation, 2008

The New York native, pianist/composer recently joined the music faculty at PSU and will premiere a program of original works along with performing the music by the iconic pianist, former PSU professor and Blue Note Records recording artist, Andrew Hill.

Tickets for shows ticketed by Cascade Tickets may be purchased at the Crystal box office or other McMenamins outlet (Bagdad Theater, Edgefield, East 19th St. Café in Eugene) at these locations the convenience charge is only $1. Or you can order by phone at 1-800-514-ETIX, or by clicking the Buy Tickets link located at the event listing on the McMenamins schedules.

Tickets are $15 advance/day of show.

Located within walking distance of the Mission Theater, McMenamins Crystal Hotel & Ballroom is ideal for concert-goers.