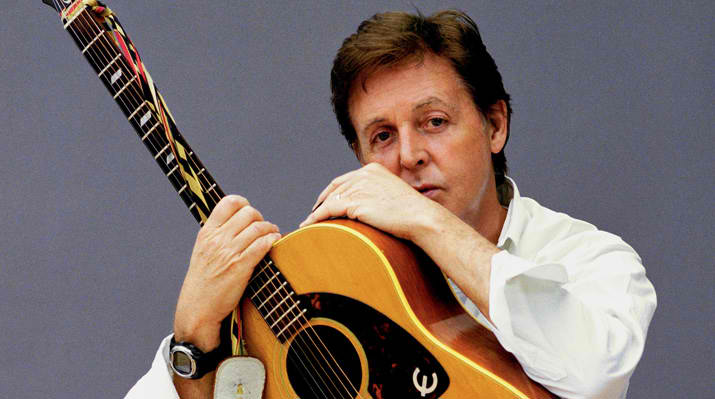 slideshow
Former Beatles Paul McCartney and Ringo Starr performed at the Change Begins Within concert on Saturday in New York.

Half a Beatles reunion, or some approximation of it, took place Saturday night at Change Begins Within, a benefit concert at Radio City Music Hall for the David Lynch Foundation. Paul McCartney was headlining; Ringo Starr was also on the bill, and yes, after letting the anticipation build, the two surviving Beatles did perform together, as they did in 2002 for a memorial after the death of George Harrison.

After an exuberant set of songs from the Beatles, Wings and his solo albums, with video clips full of Beatles footage, Mr. McCartney said, At this point we would like to introduce somebody to you who you know, youve heard his name. Hes going to come out here and play you a little song this joyful night. Ladies and gentlemen: Billy Shears!

And just as on Sgt. Peppers Lonely Hearts Club Band, there was Mr. Starr to sing A Little Help From My Friends, sharing a microphone with Mr. McCartney during the song and embraces afterward.

It had been clear something was up when Mr. McCartneys band appeared onstage with a second, empty drum kit set up. And Mr. Starr, who had sung Yellow Submarine and Boys during his own set, wasnt done after the one song.

As the concerts entire lineupincluding Donovan, Sheryl Crow, Eddie Vedder, Moby, Bettye LaVette, Ben Harper and Mike Love (from the Beach Boys)filled the stage, Mr. Starr took his place at the second drum kit. And Mr. McCartney unveiled a song that could suprise even Beatles fanatics: Cosmically Conscious, an excerpt of which appeared as a hidden track on his 1993 album Off the Ground.