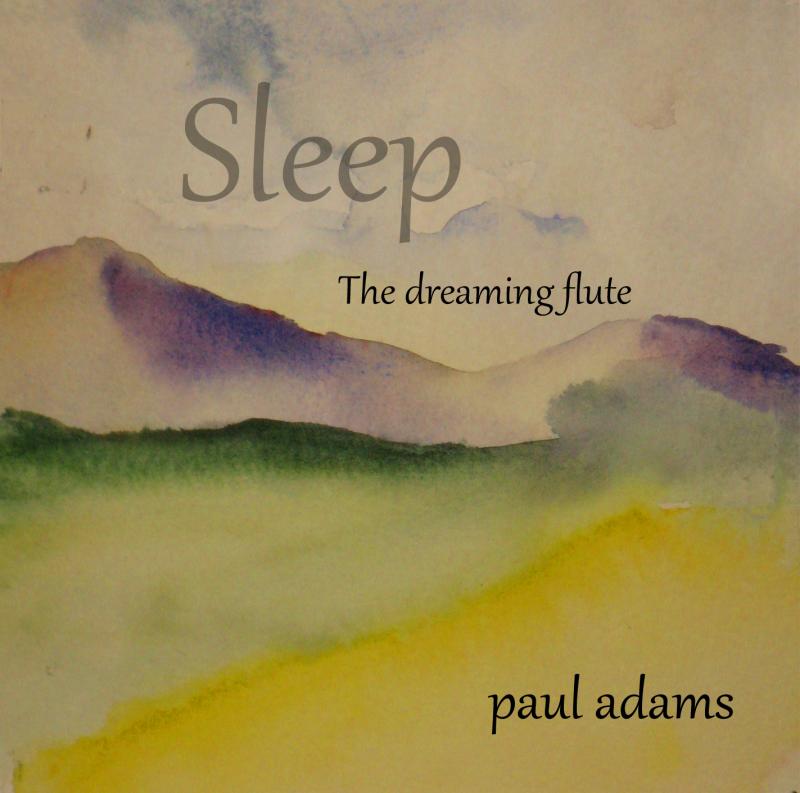 Asheville, NC: Paul Adams album SLEEP The Dreaming Flute was voted Native Flute album of the year at the Zone Music Awards show in New Orleans on May 11th. He has made a career building instruments for some very well known musicians, and composed 10 critically acclaimed albums as a guitarist, Flute Player, and Multi Instrumentalist. SLEEP was recorded for gentle spirited man dealing with Parkinson,s Disease, and sleepless nights. “I created slow dreamy songs using Native American Flutes and the sounds of Nature. I then sent them to my friend with Parkinson's who offered feedback on each tune. He and his wife really had a good feel for what was right.”

Michael Foster of AMBIENT VISIONS writes “Adams masterful playing and his ability to communicate very deep feelings of tranquility via his flute, create for the listener an atmosphere permeated with spirit that is calm and relaxing!”

Bill Binkleman of The Zone Music Report says “Adams once again proves he deserves to be listed among the finest wooden flute players recording today. Sleep – The Dreaming Flute is a sumptuously relaxing album. This CD will reward the listener time and time again. Paul Adams is a true master of his instrument and I highly recommend this album.”

“Music has so much to offer,” says Adams. The mind is very powerful, and with music can be an influential force on the path toward health”. More and more the medical professionals are embracing the magic involved in music. Oliver Sacks, the Neurologist and Author of the movie 'Awakenings' staring Robert De Niro, and Robin Williams, authored a book entitled 'Musicophelia', in which he describes the miraculous power of music on Neuropathways in the brain (The Alzheimer patient not recognizing loved ones, yet their ability to play the first song ever learned on the piano. The stutterer's difficulty communicating, yet singing lyrics without error. The patient with Post Traumatic Stress Disorder using the soothing effects of music to learn calm, clarity, and safety. The examples are endless.)

Throughout his career, Paul's albums have gathered international acclaim in many different areas such as World Fusion, New Age, Ambient, Jazz, and Native American. Adams music can be heard world wide on Satellite Networks like Sirius, Music Choice, Muzak and DMX, Pandora,as well as Terrestrial and Internet Radio.

Some music professionals were dubious about Adams title 'SLEEP'. They felt Radio might be afraid to use it. However other albums of his in a similar vein such as 'HEAVENS', and 'FLUTE MEDITATIONS FOR DREAMING CLOUDS', have been getting heavy rotation on Satellite networks Like Sirius/XM, Music Choice, Muzak, and DMX throughout the world. “SLEEP is something I hope will be helpful for people in need. However, I didn't want the albums to be purely clinical. I tried to keep the them artistically interesting as well. We've heard a few albums in this genre that didn't scratch the artistic itch. It was important to create a marriage of artistic depth and safe Serenity and healing.”

Along with this new album, Adams created a website called A PLACE OF PEACE (www.pauladams.org/aplaceofpeace) where people can go to listen to beautiful healing and enrapturing music, video's, and read various articles and poems specifically written for those seeking accompaniment down the path of peace and health.

Besides his experience in music and the arts, Adams has worked in the Mental Health Field 30 years and teaches professionals how to use music in the therapeutic practice. “I've always wished there was a place to go where one can just sit down and be soothed, reassured, rested, and content. The use of nature in Video and Music is a very organic way to align ones self with the earth, and receive a sense of “Connection” that is needed to feel alive, safe, and rested. 'SLEEP The Dreaming Flute' is available worldwide through his website as well as Amazon, CD Baby, iTunes, eMusic, AIMCMC, Rhapsody, etc.