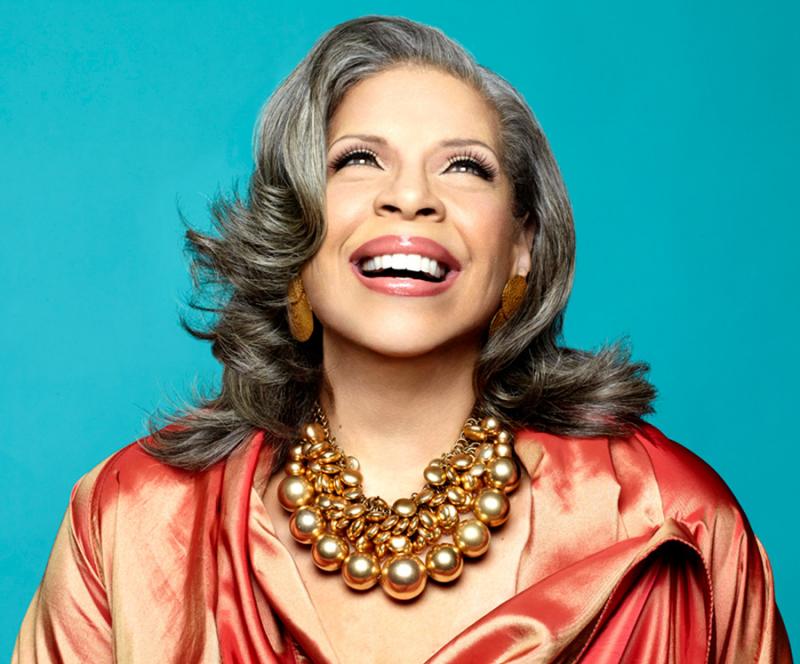 From the stirring, gospel-flavored intro of her inspiring reading of Des'ree's 1994 hit “You Gotta Be" to the final bars of a highly distinctive, ethereal and moody remake of the Depeche Mode staple, “Enjoy The Silence," Patti Austin has created what is destined to be another musical gem in a catalog that, at last count, consists of seventeen albums and dozens of guest appearances.

Sound Advice, Austin's eighteenth album releasing May 17 via Shanachie Entertainment, showcases this GRAMMY®-winning, internationally-popular entertainer doing what she does best, using her innate ability as a superb lyrical interpreter to touch, move, inspire and connect with music lovers globally. Whether it's breathing new life into such classics as Frank Sinatra's evergreen “My Way" (delivered in an intimate, almost understated and tender manner with piano accompaniment from the renowned Shelly Berg) and Bill Withers' classic “Lean On Me" (with its rousing climatic build) or shining a new musical light on Brenda Russell's “A Little Bit Of Love" and The Jacksons' “Give It Up" (from the 1980 LP, Triumph which she notes is “my homage to my brother Michael Jackson), Patti Austin is at her brilliant vocal best.

Speaking of her thematic approach to Sound Advice, much of which she produced with longtime musical pal, musician extraordinaire Greg Phillinganes (known for his stellar work with Michael Jackson, Stevie Wonder, Quincy Jones and dozens of others)—the ever-genial native New Yorker says, “All the tunes are giving some sort of advice, whether introspectively or directly and I figure I'm old enough where I should be able to give advice of some sort!"

Sound Advice, is, meant per Patti, particularly for the segment of her wide-ranging audience who first became aware of her in the '80s through songs like “Baby Come To Me," her chart-topping duet with James Ingram. “For the last five years, I've been in the 'classical' jazz world," she explains, referencing For Ella, her acclaimed 2002 tribute to the legendary Fitzgerald and her 2007 CD, Avant Gershwin, which garnered Patti a long-deserved first Grammy win for Best Jazz Vocal Album. “The GRAMMY®-Award did raise my profile and gave me a notch in my gun. I was on the road doing gigs with symphony orchestras and the Duke Ellington and Count Basie bands, and essentially began performing in an area that my biggest audience is not familiar with. I decided to do this record because of the pull and tug from the fans who know me from the '80s...it's my 'going back to my roots' album!"

Intentionally designed to “keep the production and arrangements as simple as the material would allow," Patti notes that a couple of the songs—notably Don McLean's “Vincent" (his 1971 ode to painter Van Gogh), given a stark and poignant reading and “My Way"—had their genesis in a proposed piano/vocal album, which, she says, “I will ultimately do," adding what she terms her “weird sideways choice!" of the McLean classic was motivated by her own musical journey: “If you are going to be an artist, you cannot expect to be understood...so be who you are and let the chips fall where they may."

Exemplifying her approach, the goddaughter of Quincy Jones and Dinah Washington imbues Bob Dylan's “You Gotta Serve Somebody" with some soul-plus while giving The Rolling Stones' “You Can't Always Get What You Want" a whole new vibe. “I didn't remember “Serve Somebody" as a Dylan tune," Patti notes. “But wow, he got everyone on the list in that song! As for the Stones' song, I wanted to rock something out. I had never really understood what Mick Jagger was saying so I created my own interpretation. My generation grew up with this 'you can have it all' idea and it's a crock and we were wishing out loud. The truth is, something has to be sacrificed and you always get what you need... even if it's not always what you like..."

Never one to shy away from social and global issues—her own composition “By The Grace Of God" has been adopted as a musical theme by The National Coalition Against Domestic Violence while Patti sang “Lean On Me" on television's Larry King Live to draw attention to the plight of people in Haiti affected by the devastating 2009 earthquake there— she chose Paul McCartney's “Let 'Em In" partly because “it represents an issue here in the US, the issue of immigration, which is the basis of our country and is what has made the country as great as it is so it's time to stop the nonsense, the isolationist mentality and embrace everybody..."

A dedicated humanitarian who has devoted considerable time to performing for AIDS- related organizations over the years, her “Blue Movement" is Patti's personal crusade to bring awareness and new insights into the domestic violence crisis in the USA and around the world. It was a domestic violence-related segment of “Oprah" that inspired “By The Grace Of God," one of the key cuts on Sound Advice,. Patti was one of the producers as well as one of the feature artists on the 2010 single, “We Are The World: 25 For Haiti" and she has also co-created an organization dedicated to mentoring, the Over My Shoulder Foundation

Patti's lifelong commitment to inspiring others both personally and musically is evidenced by the material on Sound Advice,, which includes a second Austin composition, the upbeat “Round And Round," which began as a musical groove with Phillinganes when the two were with musical mentor Quincy Jones in Sardinia after the passing of Michael Jackson in 2008: “When we got in the studio to work on the album, we finished the melody and I wrote the lyrics that night and we cut it the next day. There are people who don't know me as a songwriter and may be surprised," says Austin, whose 1976 LP debut (End Of The Rainbow) consisted almost entirely of original compositions.

Expressing her appreciation and gratitude for working with Phillinganes&#151another graduate of what she calls “QU, Quincy's University!"—Gregg Field and Shelly Berg as producers along with the level of musicianship with players like Trevor Lawrence (Eminem, Stevie Wonder, Marvin Gaye, Alicia Keys), Ian Martin (Barry Manilow, David Foster) and Paul Jackson Jr. (Luther Vandross, Lionel Richie, Aretha Franklin, Whitney Houston), Patti concludes, “I wanted to accomplish a lot with Sound Advice, — including original material, covers and focusing on vocal performances for certain tunes. I'm very happy with the record: I went through a lot of ups and downs about how it was going to flow, about the material, if it would be cohesive and if it was going to have any point of view musically, lyrically, thematically. Now I'm having a lot of fun performing the material live: I am really enjoying this record," a sentiment that will no doubt be echoed by Patti Austin's audience the world over.