Learned as it may be, this is living-language music... jazz as it’s practiced, more than as it’s studied. —Ben Ratliff 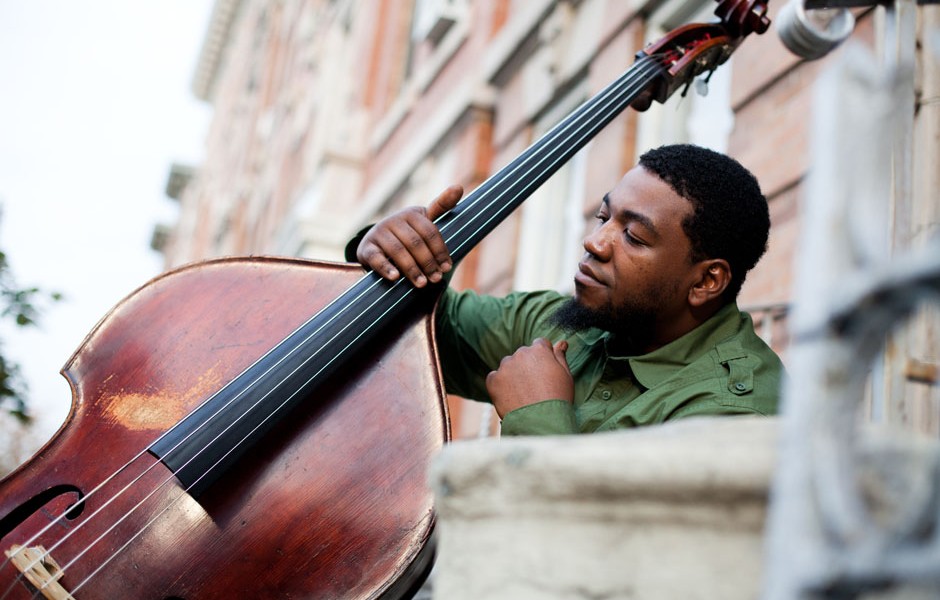 slideshow
“A-List” Bassist Dezron Douglas, lauded by the New York Times for his “deep and soulful sound”, visits Ottawa to play the first in a new series of jazz concert events, “JazzWorks Presents”, at Festival Japan Restaurant on Friday October 5th from 7:30 to 10:30 pm. Known for his musical versatility, Douglas, one of the most in-demand young bassists in jazz today, will be joined in a trio setting by Ottawa’s Steve Boudreau on piano and Petr Cancura on saxophones.

“Ottawa JazzWorks and Festival Japan are thrilled to welcome one of New York’s busiest young jazz bassists, Dezron Douglas, to perform with two great local musicians, at our first evening in the ‘JazzWorks Presents’ concert series,” said Judith Humenick, JazzWorks Executive Director and Producer of the series. “JazzWorks is excited to offer some of the best in Canadian and International jazz performances. With the availability of a new acoustic piano and a specially created jazz menu, Festival Japan, currently the home of JazzWorks’ monthly jam sessions, is the perfect venue,” she added.

Advance tickets for October 5th at Festival Japan, ranging from $25 to $15 for students, are available through Eventbrite.ca or by calling JazzWorks at 613-523-0316 (tickets at the door will be $5 extra).

In addition, Dezron Douglas will present a special Jazz Bass Master Class for Ottawa’s acoustic bass players at Nepean High School on Thursday, October 4th from 4:00 to 6:00 pm. Tickets are also available through Eventbrite.ca or by calling 613-523-0316.

Currently a member of the Louis Hayes Jazz Communicators, the Ravi Coltrane Quartet, and the Enrico Rava Quintet, Dezron’s latest recording Soul Jazz on VENUS RECORDS is garnering attention at radio stations all across America.