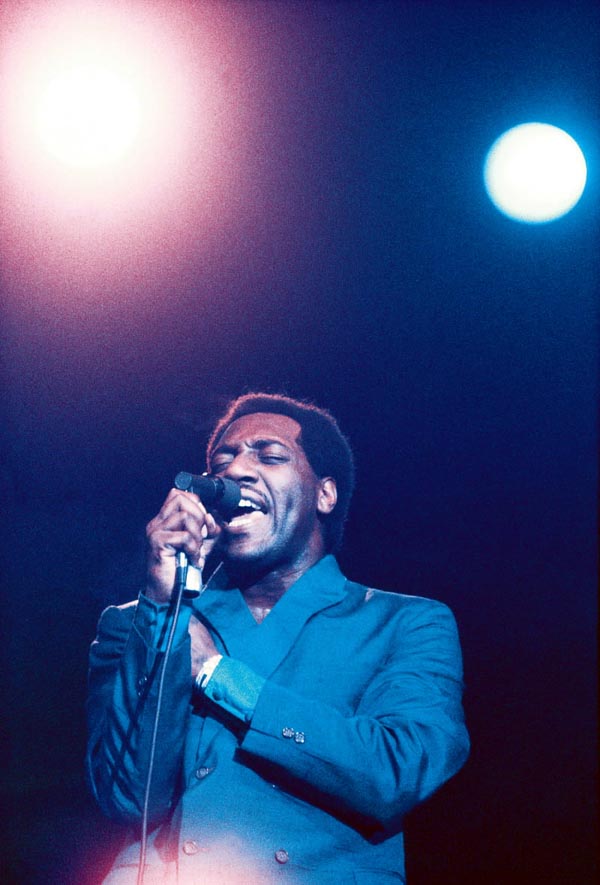 slideshow
Redding is backed by Booker T. & the MGs featuring Steve Cropper and the Mar-Keys. Tom Dowd supervised the recording.

LOS ANGELES, Calif. -- Otis Redding was at the peak of his stardom in March, 1967 when he crossed the Atlantic to perform for his growing European fan base. As part of the traveling Stax/Volt Revue that is credited with spreading the sound of Memphis across the world, Redding played two exemplary shows in London and Paris. These performances have been combined to form the 19-song Otis Redding -- Live in London and Paris, set for release September 23, 2008 on the reactivated Stax Records through Concord Music Group.

Although some of the songs have appeared as part of the Ace Records 1,000 Volts series and the long out of print Stax Volt in Europe, Vol. 3, the new Stax collection is the first to present the songs in the order they were played onstage in 1967. The set was mixed from the original multi-track tapes by Stephen A. Hart at Fantasy Studios in Berkeley.

“At the end of Otis Redding's performance at the Olympia Theatre in Paris, I will always remember the audience chanting 'une autre, une autre' (one more). They just couldn't get enough," recalls guitarist Cropper in the liner notes. He calls the shows “the experience of a lifetime."

The album contains seven songs (plus an introduction) taped in London, and another ten (plus an intro) from Paris. The Paris show was longer because, unlike London, there was no 11 p.m. curfew. Featured are live staples like “Respect," “My Girl," “Shake," “Fa-Fa-Fa-Fa- Fa (Sad Song)," and “Try a Little Tenderness." Redding even brought a pair of songs with British origins back across the Atlantic -- rousing, finger-popping renditions of the Beatles' “Day Tripper" and the Rolling Stones' “(I Can't Get No) Satisfaction."