On The Eve Of His 50th Year As A Composer/Entertainer, Indian Icon Bappi Lahiri Delivers Divine Power

As an essential spiritual guide, Divine Power is a timeless testament to the power of faith and the universal ability of music to transcend all things. 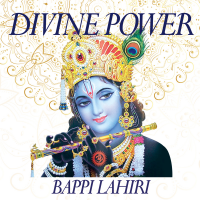 Los Angeles/Mumbai: With nearly 50 years of songwriting, composition, and performances under his belt, global icon Bappi Lahiri is set to release Divine Power, the most personal, soul-stirring album of his distinguished career. Honoring the deity Krishna with a compelling presentation of Shanti, Om, chanting and vocalizations, Divine Power is a transformational journey nonpareil and one that is setting itself up for consideration for New Age ‘Album of the Year.’ As a essential spiritual guide, Divine Power is a timeless testament to the power of faith and the universal ability of music to transcend all things.

Produced by Bappi, and his son Bappa, Divine Power was recorded at B9 Studios in Mumbai, India. In addition to vocals and recitations from Bappi Lahiri, the album contains vocals from Internationally acclaimed classical singer Amruta Fadnavis, who joins on the title track and “Gayatri Mantra.” Releasing September 29 via Planet LA Records, Lahiri will host a special intimate celebration at the Gibson Showroom in Beverly Hills, California on Thursday September 28. He will then perform at El Cid in Los Angeles on Friday October 20 as a part of the Red Bull Academy Festival, a month-long event showcasing the very best in music and entertainment.

Born in Kolkata, Bappi Lahiri comes from an illustrious musical family, with his parents Aparesh Lahiri and Bansari Lahiri being well known Bengali classical singers and musicians. The famous artists Kishore Kumar and S Mukherjee are related to him from his maternal side. He started young, playing tabla at the age of three years and was later trained by his parents in music. In 2014, he became a member of the Bharatiya Janata Party (BJP) in India, as a candidate vying for a Lok Sabha (House of the People, the lower house of India's Bicameral-Parliament) seat from Srirampur in West Bengal.

Bappi Lahiri started his film career at the age of 19 years, when he moved to Mumbai in search of work. To date, he has composed more than 5000 songs in over 500 movies in diverse languages, including Hindi, Bengali, Gujarati, Marathi, Punjabi, Tamil, Telugu, Kannada, Malayalam, Oriya, and Assamese was recognized by Guinness Book of World Records for having recorded more than 180 songs in 33 films during 1986. Additionally, he has composed music for some Bangladeshi films and Hollywood films as well, such as Eye Witness to Murder and Divine Lovers, and has had music appear in the Hindi version of the films, Moana, Guardians of the Galaxy Vol. 2, and the Oscar-nominated film, The Lion. Mr. Lahiri is also an accredited actor, with roles in the films Badhti ka Naam Daadhi, Kalakaar, Geet, Bombay Girls, Om Shanti Om, and the Hindi version of Disney’s Moana, in which he voiced the dialogue for the film’s character, Tamatoa, a giant crab with a fondness for shiny treasures. Most recently, Bappi dubbed Elton John's role in the Hindi version of the Hollywood film The Kingsman: The Golden Circle, releasing in cinemas September 22.