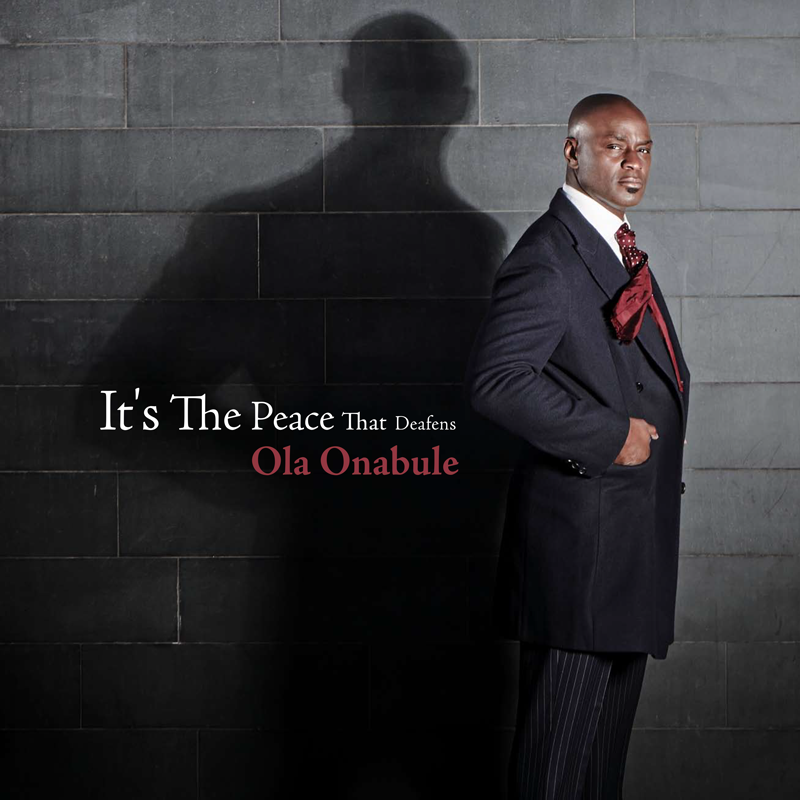 Ola Onabulé makes his U.S. premiere performance of the critically acclaimed new release “Its The Peace That Deafens" on November 6 at Minton's Harlem. Backed by the Duane Eubanks Quartet, this one-night only appearance promises to shake the rafters! He has just completed a sold out run at Royal Albert Hall with Diana Krall.

Following up on his recent UK chart success with the re-mix of “Soul Town," Ola's new album It's The Peace That Deafens (Dot Time Records), is his 8th studio album and marks a departure from his previous two releases featuring a largely acoustic set uniting Jazz, Soul and world influences. The album contains 12 evocative songs about identity, reconciliation and nostalgia. Words, melodies and rhythms that walk a delicate tightrope of paradoxes, born of both a childhood and adulthood immersed in two disparate cultures, on two different continents and at two different times. Ola stated recently that “It's The Peace That Deafens" is as much a work of exploration as it is a declaration.