In the birthplace of the American experiment, one festival is harnessing the spirit of artistic possibility. 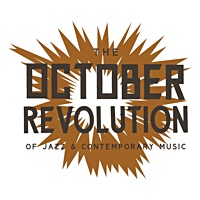 The October Revolution of Jazz & Contemporary Music, a four-day international music festival presented by Ars Nova Workshop, in partnership with FringeArts, has confirmed several additional artists for its 2018 lineup as well as announcing single-day tickets. Featuring some of the most groundbreaking and uncategorizable artists in modern music, Ars Nova is pleased to announce that John Zorn, Tomeka Reid Quartet with Mary Halvorson, Christian McBride, as well as Wolf Eyes featuring Marshall Allen all join this year’s lineup. The current performers are listed below with new additions in red.

The October Revolution 2018 The Lineup

The Music of Legendary Hasaan – Although his playing is captured on only one released recording, the Philadelphia pianist Hasaan Ibn Ali has had an extraordinary influence on everyone from John Coltrane to Jason Moran. Now, three Philadelphia jazz notables—Brian Marsella, Christian McBride, and Anwar Marshall—revisit Hasaan’s work in homage to this mysterious and legendary figure.

John Zorn. In dual celebration of his 65th birthday as well as the arrival of the new Christ Church C.B. Fisk 3,000-pipe organ, John Zorn will be closing the October Revolution of Jazz & Contemporary Music with a solo “Hermetic Organ” performance.

Tomeka Reid Quartet. Carving a new and original path for cello in jazz, Reid’s combination of timbral finesse and fleet instincts has been featured in many distinguished ensembles over the years including the Art Ensemble of Chicago. Featuring the remarkable guitarist Mary Halvorson!

David Lang’s World to Come. “World To Come” is a David Lang composition written specifically for cellist Francesco Dillon in the wake of the terrorist attacks of September 11, 2001.

Muhal Richard Abrams’ SoundPath. The world lost a true pioneer when the world-renowned AACM pianist-composer and NEA Jazz Master Muhal Richard Abrams passed away on October 29, 2017, at the age of 87. His piece SoundPath for 16 musicians gets only its 2nd ever performance.

The Humanity Quartet. Deeply rooted in tradition, with an indelible emphasis on swing and infectious melody, the message of the Humanity Quartet represents a sharing of ideas that bring people together in an increasingly divided world. Featuring drummer Leon Parker!

Amirtha Kidambi’s Elder Ones. “In a recent conversation about where she came from and where she’s going, she discussed the Carnatic singer Sudha Ragunathan; the free jazz of John Coltrane and Albert Ayler; Alice Coltrane’s bhajan recordings from the 1980s and ’90s; Sarah Vaughan; Black Sabbath; the 20th-century classical vanguardists Varèse and Xenakis; the experimental composer Robert Ashley, with whom she worked toward the end of his life; and Renaissance motets. The common theme through them is a sense of immediacy, or what she called intensity.”—The New York Times

Annette Peacock- A true original who rarely performs in public, Peacock’s compositions are among the most enduring in modern jazz.

Idris Ackamoor & The Pyramids. A Philadelphia premiere nearly 50 years in the making! The Pyramids’ new recording, An Angel Fell, is The Quietus’s #2 Album Of The Year So Far.

OGJB Quartet- Four boundary-pushing innovators converge in this collective quartet: saxophonist Oliver Lake, cornetist Graham Haynes, bassist Joe Fonda, and drummer Barry Altschul. All four are ground-breaking musicians in their own rights and can boast collaborations with many of the most acclaimed voices in the history of jazz.

The 2018 October Revolution builds on the foundation of last year’s hugely successful inaugural edition, which The New York Times called a festival that “makes history” and DownBeat hailed for its “curatorial brilliance.” Selling out three of its four days, the festival immediately established itself as a vital destination for adventurous listeners, with WBGO stating, “Experimental music fans have a new festival to look forward to.” The second year expands on the mission of the first, with rare performances, legendary artists, and unique collaborations.

“OctRev is already promising to become a huge international draw to Philadelphia,” says Ars Nova Workshop founder and Artistic Director Mark Christman. “The eclectic and expansive mix of pioneering music helps us open our minds, and our arms, to the world—in a spirit of welcome and inclusivity that is sorely needed these days.”

The festival will be held at FringeArts’ waterfront headquarters (140 N. Columbus Blvd.), as well as several additional nearby Philadelphia venues, including Christ Church Neighborhood House, Great Hall, and the Christ Church Sanctuary.

Full festival passes are available in limited quantities for $200. All early bird tickets sold out very quickly. Tickets can be purchased by phone (215-413-1318) or online at theoctoberrevolution.org.

This special VIP package includes at least one secret show at an intimate location, receptions with artist meet & greets, rare jazz ephemera giveaways, guaranteed seating at all events, and free beer and wine at most events. VIP Experience tickets are available for $400 by phone (215-413-1318).