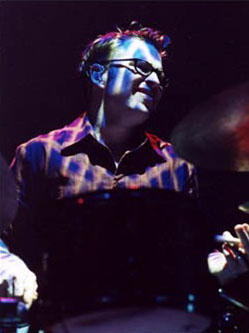 slideshow
Galactic has announced that they’ve purchased the iconic New Orleans nightclub Tipitina’s. The recently finalized deal, which has been in negotiation for most of the year, will transfer ownership of the music venue and it’s associated business to the popular indie funk band.

Galactic is no stranger to Tipitina’s and the band has been performing there for more than two decades. The members of Galactic stated that they plan to continue to operate Tipitina’s as a music club, hosting both nationally touring acts as well as local favorites.

“Our goal is to preserve, promote, and protect the future of New Orleans music, culture and heritage via the Tipitina’s venue and brand,” says Galactic’s Stanton Moore.

“We’re so incredibly honored to be part of the team tasked to be the current caretakers of such a historic venue,” adds the band’s Ben Ellman. “My connection with the club started way before I was lucky enough to take the stage. My first job in New Orleans was at Tipitina’s as a cook in the (now defunct) kitchen. The importance of respecting what Tips means for musicians and the city of New Orleans is not lost on us. We’re excited for the future of the club and look forward to all the amazing music and good times ahead!”

Originally opened in 1997 as a local music venue, Tipitina’s has become one of the most recognized nightclubs in the U.S., hosting performances by artists such as Dr. John, The Neville Brothers, the Meters, Cowboy Mouth, the Radiators, Galactic, The Revivalists, and Troy “Trombone Shorty” Andrews.

The purchase of Tipitina’s does not include the Tipitina’s Foundation, which was founded by the family of the club’s former owner Roland von Kurnatowski. The foundation supports the local music community and works to preserve New Orleans' unique musical cultures childhood music education initiatives and professional development for adult musicians'

The financial terms of the transaction were not disclosed.