SOURCE: SOMETHING ELSE!
October 10, 2010
Sign in to view read count 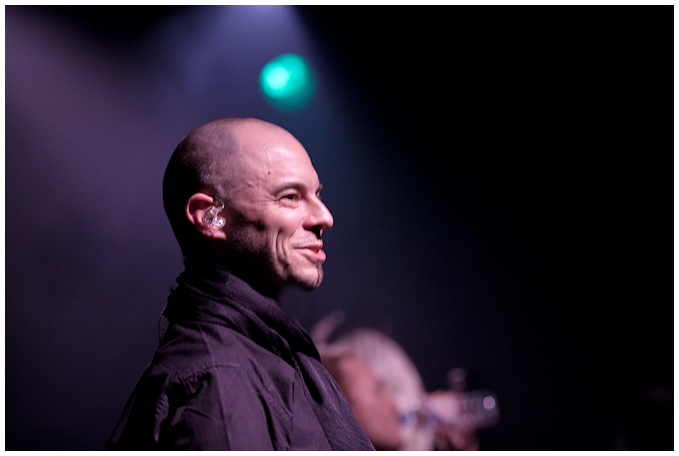 The Swiss pianist and bandleader Nik Bärtsch has broken musical ground with his Ronin outfit, pioneering jazz that's melodically sparse and rhythmically robust. Not dance music but very funky, not piano bar jazz but very soothing, Bärtsch and his crew create paradoxes that resolve themselves artfully. I first got a chance to investigate this signature style Bärtsch calls “ritual groove music" when the group released its second ECM album Holon back in '08. On Tuesday, their third ECM makes its debut, and it's called Llyria.

As on Holon, Ronin is made up of Bärtsch, Sha on bass clarinet and alto sax, Björn Meyer on six string electric bass, Kaspar Rast on drums and Andi Pupato on percussion. ECM founder Manfred Eicher is once again behind the control board as producer. The results, as you would expect, are similar.

Similar, but not identical. Though Ronin's style is clearly defined, Bärtsch made some minor calibrations to it. His compositions, which are typically ostinatos, vamps and grooves, are loosened up further, providing his band more opportunities to create within them. As a consequence, the songs take on more unpredictable paths, but remaining within the framework established by the compositions; indeed the song structures are merely more flexible than they were before.

If you hadn't heard Ronin before, you'd be likely find them deceptively simple on the surface: Bärtsch is a colorist, not a flashy soloist; the songs unfold naturally, not abruptly; there's a lot of space in its sonic profile, which combined with some classical touches, provides a direct link to the new-agey jazz ECM was best known for in the 1970s and 1980s.

“Modul 52" provides a pretty good demonstration of this open-ended style within formal structures. There's a thematic vamp that gets visited often, but in-between, the players run with multiple variations of it, and the three-man rhythm team of Meyer, Rast and Pupato adjust their pulse seemingly in reaction to cues dropped by the leader. “Modul 47" (video below) is an impressive demonstration of groove modulation: it begins with Bärtsch's repeating figure coupled to an irregular 7/8 beat that subtly varies in speed at certain intervals, stops, then re-emerges with a tougher stance that gets tougher. “Modul 49_44" is as the title suggests, two ideas merged together, finding common ground in an elliptical groove. The middle part finds Bärtsch reaching for the lowest keys on his piano and Meyer intertwining his bottom notes with Bärtsch while concurrently navigating the tortuous beat with the drums and percussion. Other instances of Ronin's brilliant symmetry can be found on the record's four other tracks, too, you just need to put a close ear on it and the rewards are often worth it.

Llyria, which is named after a recently discovered species of an luminous sea creature, is a fitting title for this album. Elusive and enigmatic, the glowing melodies move around in vast fluid stretches. Nik Bärtsch's Ronin continues on its groove...a ritualistic groove.