Nicolas Bearde has a voice like velvet and the composing skills to match. --Sounds of Timeless Jazz 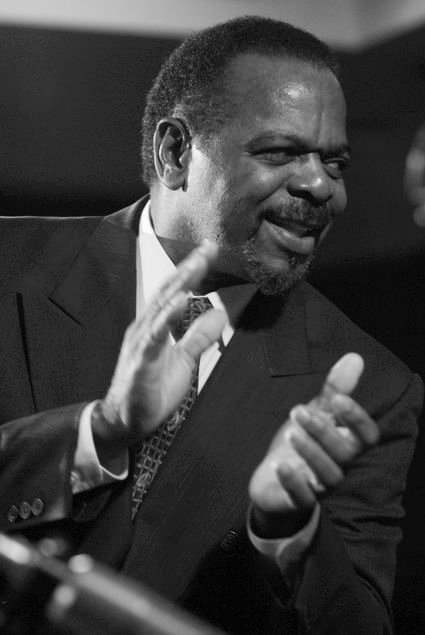 “A powerful musical presence that touched each and every person in the audience." —John Handy

A renowned jazz singer of remarkable depth, range and technique, with a compelling musical style has won acclaim from critics and jazz audiences worldwide. Forged from his Nashville roots, his 1980’s initiation into the thriving San Francisco music scene, and 10 years on the road with Bobby McFerrin’s world renowned vocal ensemble, “Voicestra”, Nicolas’ unique approach and electrifying delivery of originals, time-tested standards, blues and familiar jazz works, are soulful, improvisational and memorable!! It was with the release of his first album in 1998, Crossing the Line, that audiences were introduced to Bearde’s jazz sensibilities, and with his 2013 release of Visions that featured jazz notables Alphonso Johnson, Will Kennedy, David Garfield and others, “Bearde served up the jazz vocal sides in mighty fine style”, says jazz critic, Chris Spector.

Best known for his work with Luther Vandross, Nat is the scion of the famed Adderley jazz family. Raised in Teaneck, New Jersey, he began playing piano as a child and when young Nat was only 11 years old, he had his first song, “I’m on my Way”, recorded by his uncle Cannonball on the 1967 album, Why am I treated so bad. It was at Fiorello H. La Guardia High School of Music & Art that Adderley first met fellow student Luther Vandross, with whom he would later spend much of his musical career, contributing as co-writer on most of Vandross’ albums. Adderley has returned to his jazz roots these days, and his distinctive approach to standards and originals are instant crowd-pleasers.

Scheduled for release in early 2016, Bearde and Adderley’s project features exhilarating solos by famed saxman, Vincent Herring plus contributions by bassists Kenny Davis and Belden Bullock, as well as drummers Vince Ector and Rocky Bryant. Adderley’s arrangement of the title song, as well as his unique interpretations of compositions by Antonio Carlos Jobim, Billy Strayhorn and others, demonstrate his remarkable musicality and range. The combination of Adderley’s artistry, and Bearde’s distinctive jazz vocal stylings lift this project to stellar heights.

A CD sampler will be available for purchase that evening.