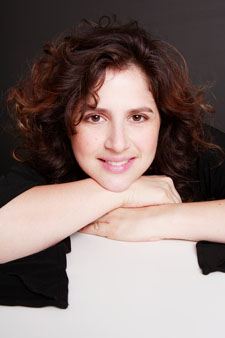 NEWPORT, RI: Stellar clarinetist/saxophonist Anat Cohen will conduct a master class and workshop for high school students on Saturday, May 4, from 10:00 a.m. to 4:00 p.m. at Salve Regina University. The free program, “Pathways to Jazz,” which is presented for the second year by the Newport Festivals Foundation, Inc. and the Salve Regina University Department of Performing Arts, has attracted student musicians from throughout southern New England.

Anat Cohen has won hearts and minds the world over with her expressive virtuosity and delightful stage presence. Voted 2012’s Multi-Reeds Player of the Year and Clarinetist of the Year six years in a row by the Jazz Journalists Association, she also has topped critics and readers polls in DownBeat magazine several years running. Anat has performed at renowned jazz clubs and toured the world with her quartet, headlining at the Newport, Umbria, SF Jazz, North Sea and other major jazz festivals.

Anat kicked off her discography as a bandleader on Anzic Records, which she established in 2005, with Place & Time, a small-combo session of mostly original tunes that was named one of the year’s best debuts by All About Jazz. She followed that with two ambitious releases in 2007 – Noir (with a jazz orchestra) and Poetica (a chamber-jazz feature for her clarinet). Both albums appeared on many year-end “best of" lists, including Jazz Times, Slate and Paste magazines. In September 2012, Anzic released her sixth album as a bandleader, Claroscuro. The album showcases her fluency in a global set of styles, from creolized New Orleans chanson and the evergreen swing of an Artie Shaw tune to African grooves and Brazilian choro, samba and more.

Born in Tel Aviv, Israel, Anat was raised in a musical family. She attended the Tel Aviv School for the Arts, the Thelma Yellin High School for the Arts and the Jaffa Music Conservatory before the World Scholarship Tour brought her to Boston to attend the Berklee College of Music. There, she not only honed her jazz chops but expanded her musical horizons, developing a deep love for various Latin music styles. After moving to New York in 1999, she toured with Sherrie Maricle’s all-woman big band, The Diva Jazz Orchestra, for a decade and also worked with the Choro Ensemble, Duduka Da Fonseca’s Samba Jazz Quintet and David Ostwald’s Gully Low Jazz Band.

Anat has also recorded three acclaimed albums as part of the 3 Cohens Sextet with her brothers, saxophonist Yuval and trumpeter Avishai: 2003’s One, 2007’s Braid and 2011’s Family (the last two released by Anzic). She returns to the Newport Jazz Festival® on August 2 and 3 with the Bill Charlap Trio featuring special guest Freddy Cole. Continuing to bring her charismatic stage performances to music lovers around the globe, Anat says, “When I share music with people – other musicians or an audience – it always feels like a celebration to me.”